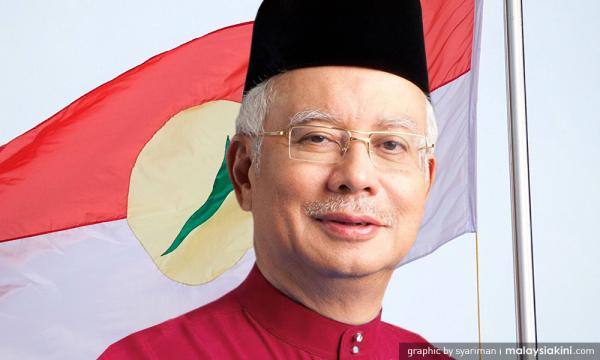 Who killed Cock Robin and has the perpetrator been brought to justice?

MP SPEAKS | This nursery rhyme from my primary school days in the early fifties rose from the depths and mists of more than half a century of memory when I read to statement by the former prime minister and former Umno president Najib Abdul Razak telling any Umno member who is not “willing to die” for the party to leave the party.

When Umno was the undisputed party of the overwhelming majority of Malays in the country and brought down to the present state where it has become a political party depending on the support of a minority of the Malays with the open question whether it could reform to rise again or is fated to an ignominious end?

Was it Najib with his global kleptocracy of the 1MDB international money-laundering scandal and his GST and capture of state resources for Umno leaders’ own ends and the most toxic the vicious and divisive politics of race, religion, hate, fear and lies who caused the Umno’s fall from grace or the so-called traitors who are not “willing to die” for Umno?

It is an extraordinary day indeed when Umno loyalty is equated with kleptocracy but what is more remarkable is that such equation was fully supported by the PAS president Abdul Hadi Awang who hoped to win 40 PAS parliamentary seats to prop up Najib the kleptocrat to continue as prime minister of Malaysia.

The rigmarole about the appointment of former attorney-general Apandi Ali as an Umno supreme council member, initially welcomed by Apandi as “a fish returning to its spawning grounds” followed by a U-turn and decline on the ground of possible negative perceptions that would be linked to his time as AG and judge, followed by the equally astounding replacement by the former speaker, Pandikar Amar Mulia, who brought the 13th Parliament to international shame in virtually banning parliamentary debate on the 1MDB scandal, could have only come as a directive from Najib.

I believe that if the Umno president Ahmad Zahid Hamidi had a choice, he would have kept a great distance from both Apandi and Pandikar.

This was the reason for the seating arrangement for the BN MPs in Parliament – where the second placing for the former prime minister means that Najib has a higher precedence than  newly elected/appointed Umno leaders like the Umno vice-president Ismail Sabri, Umno secretary-general Annuar Musa or senior Umno supreme council member Mustapha Mohamad.

When did Umno become equated with Najib and kleptocracy?

LIM KIT SIANG is member of Parliament for Iskandar Puteri.