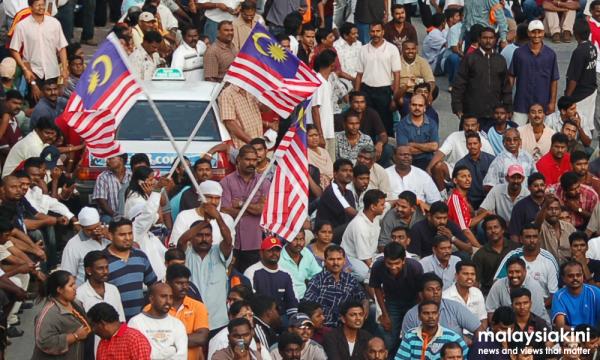 COMMENT | Let me first declare that I am not a politician, nor am I a member of any political party. I write this as a concerned Malaysian and a keen observer of the rapidly changing climate of fighting corruption in Malaysia Baru.

Malaysian Indians contribute to some of the highest incidences of gang-related violence and other misdemeanours. They also constitute a high proportion of the significantly under-privileged in Malaysian society.

There have been several attempts to systematically uplift this community with the financial backing from the government of the day. Up until 2003, all government backing was routed via a single political party, MIC. Post-2004, however, the fourth-floor rabble was established in the PM's Office. And, with this, the government backing for the Malaysian Indians began to get diversified.

The Najib (Abdul Razak) era began to see the dilution of the backing via a slew of newly established political parties, NGOs and highly placed luminaries who were close to Najib, his wife, senior civil servants and the fourth-floor rabble.

While we may raise demands to review the excesses that MIC had taken without funnelling back to the community, we must first stop to consider the actual dilution that had been affected by the fourth-floor rabble.

The funds that Najib had handed to the community via the fourth-floor rabble was even bigger than the funds handed by any previous administration for the cause of uplifting the Indian community. But, how much was actually funnelled to the community and how much actually ended up in the hands of the few luminaries? The way I see it, a mere 2-5 percent ended up with the community, MIC took 10 percent, and the rest, 85 percent or so, was happily held by these luminaries who became overnight billionaires.