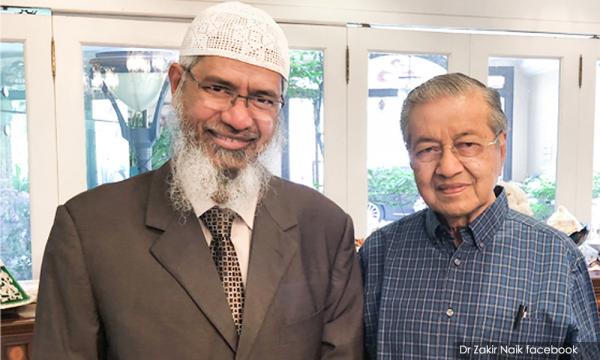 The government should not bow to pressure to deport Islamic preacher Zakir Naik as it has considered various factors including the law, said Prime Minister Dr Mahathir Mohamad.

“We are not always obliged to follow the will of others. We have to identify the reasons we respond to any pressure, whether or not he (Zakir) had adhered to the laws.

“Or else, someone will become a victim,” he said at the briefing on Governance, Integrity and Anti-Corruption at the MACC headquarters in Putrajaya today.

Mahathir said this when asked to comment on the suggestion by Penang Deputy Chief Minister II P Ramasamy to deport Zakir to his home country to ensure that bilateral ties between Malaysia and India would not be affected.

Several news portals had reported that Zakir would be deported to India.

Zakir left India in 2016 after he was alleged to have inspired terror attacks in Bangladesh and allegedly got involved in money laundering.

The Indian government revoked his passport after he ignored numerous requests of the National Investigation Agency of India to facilitate its investigation.