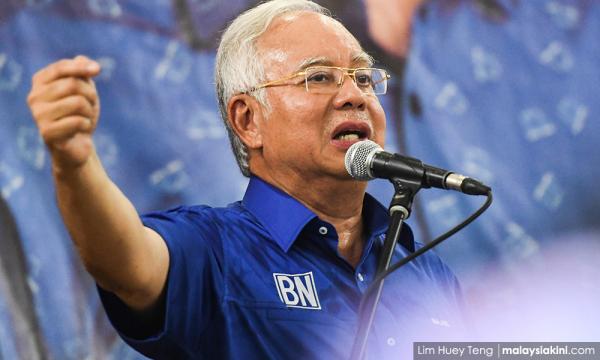 COMMENT | Three events foiled the well-planned scheme of immunity and impunity of the former prime minister, Najib Abdul Razak, who would otherwise get away with the world’s worst kleptocracy in the international 1MDB money-laundering scandal.

The first event was in July 2016 - the kleptocratic litigation of the US Department of Justice (DOJ) to forfeit over US$1 billion of 1MDB-linked assets in the United States, United Kingdom and Switzerland from over US$3 billion international embezzlement, misappropriation and money-laundering of 1MDB funds.

The second was the victory of Donald Trump and defeat of Hilary Clinton in the US presidential elections in November 2016, for the campaign that was cranked up by Najib’s highly-paid propaganda advisers to paint the US DOJ kleptocratic litigation as part of an international “liberal” conspiracy (with unpatriotic Malaysians) to topple Najib and the Umno/BN government in Malaysia collapsed when Trump unexpectedly defeated Hilary and became the US president.

Najib had studiously presented himself as a “golfing buddy” and “favourite prime minister” of Trump, with Najib having a signed photograph of Trump on his desk, and after Trump’s presidential victory, there was speculation that Najib would leverage on his special relationship with Trump to quash or withdraw the US DOJ litigation suit on 1MDB.

But this proved to be futile when in June 2017 (under Trump’s US presidency), the US DOJ expanded its 1MDB kleptocratic litigation to forfeit another US$540 million of assets allegedly stolen from 1MDB, that is, US$1.7 billion 1MDB-linked assets from US$4.5 billion embezzlement of 1MDB funds.

Najib completely misread the system of American democracy and government – that the professionalism of various institutions of government, like the US DOJ, are not affected with the political change of the US president – a necessary check-and-balance mechanism to preserve the independence and professionalism of different national institutions which is sorely lacking in Malaysia.

The third event was the historic and watershed 14th general election on May 9, 2018, which brought in a new Pakatan Harapan government in Putrajaya, and enabled Malaysians to learn of the enormity of the criminality and moral turpitude in the 1MDB scandal, which made Malaysia into a global kleptocracy overnight.

However, I do not believe that 33.9 percent of the popular vote which supported BN, in particular Umno, candidates would have done so if they fully understood that their vote would be regarded as a vote for Malaysia continuing as a global kleptocracy and the slew of abuses and excesses of power under the Najib premiership.

Similarly, I do not believe that there would be 16.6 percent of popular votes for PAS if these voters had realised that their votes would be used by the PAS president, Abdul Hadi Awang to prop up a kleptocrat, Najib as prime minister and Malaysia continuing as a global kleptocracy – scorned and humiliated by the world.

The next five year will be challenging ones for it will afford Harapan an opportunity to reach out to the 50.5 percent of popular vote who did not vote for Harapan in the GE14 for they had not realised that their votes would be used to support or prop up a kleptocratic Malaysia – resulting in Malaysia to continue as the laughing stock of the world.