Time for change at Bank Negara?

COMMENT | The recently announced cabinet decision to accept Muhammad Ibrahim’s offer to step down as the governor of Bank Negara Malaysia offers the new Pakatan Harapan government an early opportunity to review and reform Malaysia’s monetary policy system and restore confidence which has been dented by recent events.
to accept

Personnel turnover like this is often seen as an indicator that a central bank is not independent and that the governor and senior managers are hired and fired at the whim of the government.

Reform is not just about the legal framework in which Bank Negara operates, it is a wider matter of how it is managed. This requires a review of the structure, conduct and performance of the bank to manage perceptions among stakeholders outside of the bank, and particularly outside of Malaysia, in the international financial community.

One of the first reforms necessary is to end Bank Negara’s involvement in non-core activities.

The Financial Education Hub (FEH), which involved the purchase of 56 acres of land from the government, is a prime example. Bank Negara’s involvement in this project is at the core of the controversy surrounding the governor’s resignation. 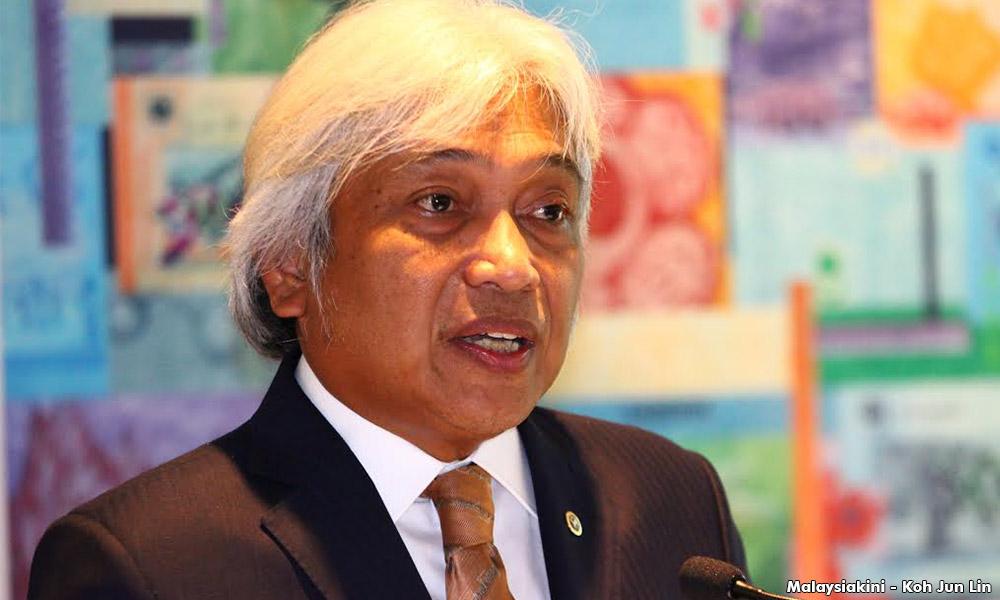 Both the governor Muhammad (photo) and Bank Negara in a statement on May 24 made it clear that the transaction complied with all the governance requirements and relevant laws that govern the bank, but questions remain as to whether these regulations are sufficient to oversee such transactions in the wider circumstances of the financial system, and whether a central bank should be doing this sort of thing at all.

Core functions of a central bank

The specific functions of a central bank are to manage the monetary system, set monetary policy (interest rates) and act as the government’s banker or ‘lender of last resort’. Anything else is non-essential.

Bank Negara has enough on its hands with these core functions, and to involve itself in property development, financial education and estate management has proved a step too far.

Apart from distracting Bank Negara’s managers from core functions, activities of this type create the perception that the bank’s decisions in financial regulation and supervision might be influenced by its own real estate investments and worse, that its independence might be compromised if these investments are related, directly or indirectly, to the financing of other government projects, such as 1MDB.

There is an urgent need to end this perception by placing activities such as the FEH into a separate independent organisation and to change governance systems to avoid such issues in the future.

A second and related reform is to separate financial supervision and regulation from the bank.

This is an onerous job and current international best practice suggests that it may be better to separate these functions into independent specialist authorities accountable to Parliament, not to the cabinet or prime minister.

The FSA also gives Bank Negara wide powers, which allow it to assume control over the whole or part of the business, affairs or property of financial institutions under its supervision. This includes the power to manage such businesses or appoint any person to manage them on behalf of the bank.

These are wide powers which are arguably necessary in extreme circumstances, but the exercise of such powers must be conducted with transparency, independence and accountability to Parliament rather than to the government as is currently the case. This aspect must be reviewed in any reform of the FSA.

A third area of reform relates to the Monetary Policy Committee (MPC) which is responsible for setting interest rates.

Although in principle the MPC is independent, which is considered essential to avoid manipulation of interest rates for political purposes, the current MPC has six internal Bank Negara officers, appointed by the bank itself, and two external members appointed by the finance minister.

The balance of internal and external members should be reviewed and greater transparency in the appointment of members, as well as the terms of their membership, should be introduced, including scrutiny by Parliament.

There also needs to be greater clarity on how the MPC decides on monetary policy and particularly how the forecasts are made, so that the process and underlying assumptions of these forecasts, on which many government and private sector decisions rely, can be assessed independently.

We also need to see the publication of detailed MPC minutes, as is routine for the MPC at the Bank of England, to take us beyond the current monthly Bank Negara monetary statement, which amounts to little more than a press release with little or no substantive analysis.

Recent events at Bank Negara have caused concern in many quarters and raised issues of the independence of Malaysia’s central bank at an operational level.

Confidence, independence and credibility are essential to underpin the integrity of any financial system, and when questions arise, such as those currently affecting Bank Negara, they are not solved simply by replacing the leaders and putting the ‘right people’ at the helm.

A thorough review and reform of monetary policy institutions and how they operate is needed, and it is timely for the new government to begin this process.

GEOFFREY WILLIAMS is a professor at ELM Graduate School at Help University. He was a member of the Bank of England Commission of HM Opposition in the United Kingdom.