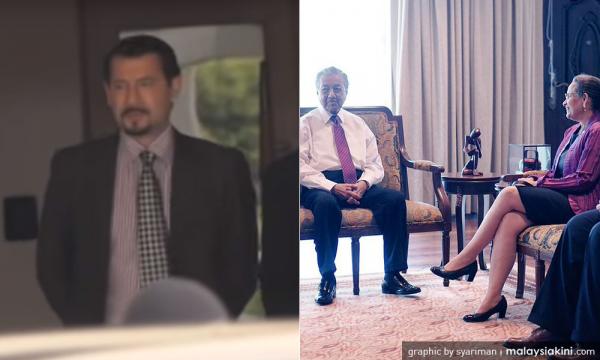 Justo was dressed in a suit in his meeting with Mahathir which lasted for an hour and 15 minutes.

The silver Mercedes-Benz car which ferried Justo was seen to have left YKP building at 2pm and accelerated as soon as it left the compound.

Yesterday, Justo, 49, met Mahathir for over an hour at the Prime Minister’s private residence in Serdang near here.

Through his official Facebook account, Justo uploaded pictures with Mahathir, captioned it, “What a great privilege and what an incredible moment”.

On June 22, 2015, Justo was arrested at his home on Koh Samui island after PetroSaudi officials filed a complaint that Justo attempted to blackmail the firm for 2.5 million Swiss francs (RM11 million) with documents stolen from the company.

However, in December 2016, Justo was among thousands of foreign prisoners who were granted a royal pardon by Thailand’s king, King Maha Vajiralongkorn Bodindradevarangkun.

Kamala arrived at YKP at 2.30pm in the embassy’s official vehicle.

Since taking his oath of office as Malaysia’s seventh prime minister on May 10, Mahathir, 92, received visits from various quarters including foreign leaders such as Sultan Hassanal Bolkiah of Brunei and Singapore Prime Minister Lee Hsien Loong. - Bernama