COMMENT | The political issues the Chinese community faces at the 14th general election hasn’t changed much for the past 40 years.

Since the introduction of the New Economic Policy (NEP) in 1971, what the Chinese Malaysian community wants can be easily summarised in a single sentence: the community wants political equality and equal treatment, and a free hand in the economy. And an Umno-led government will never grant these two wishes, now or ever.

By almost every political measure, the Chinese Malaysian community’s political interests are systematically pushed aside in the name of a 'Malay agenda', or to be blunt, in the name of the ketuanan Melayu (Malay supremacy) ideology.

It’s taken for granted that if a Chinese Malaysian company wants government business or to grow bigger, it needs one or two influential Malay partners, preferably one with a direct connection to Umno. The gold standard is to have Malay royalty as your business partner.

Politically marginalised by government policies, Chinese Malaysians sometimes call themselves “second class” citizens. From the annual distribution of university scholarships and placements to business opportunities, being a Bumiputera Malay means you have the first bite.

This is the reason why the Chinese-based parties in the Umno-led BN, the most prominent being the MCA and Gerakan, do not substantially discuss public policies of national importance. 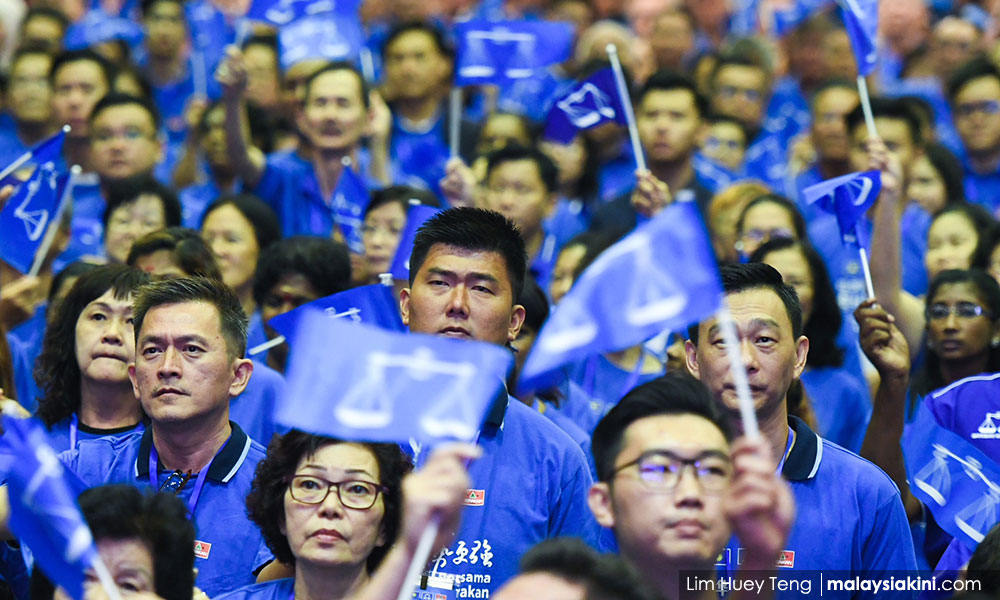 They accept initiating important public policies are the purview of Umno. The MCA and Gerakan’s roles are to react to the policies after they have been adopted by the government, and political success is measured by their ability to tone down or blunt the policies that often hurt Malaysian Chinese interests.

The politics of service and fear

Both the MCA and Gerakan have defended their legitimacy over the past four decades through 'service politics' rather than advocating political equality.

The MCA and Gerakan systematically established service centres to help constituents with day-to-day problems rather than dealing with policy issues. Constituents can seek assistance in their dealings with government departments, or welfare assistance such as applications for the government’s BR1M cash handouts. This model has proven effective for the BN Chinese parties at a local level as municipal councillors are directly appointed by the BN government. 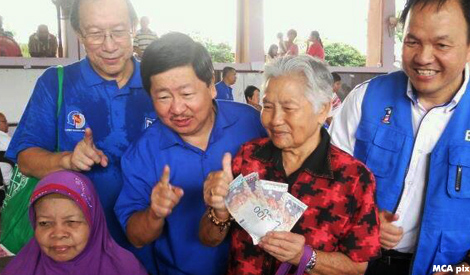 At the same time, the BN Chinese parties also engage in fear politics. They insist that without their presence in the federal cabinet and state governments, the implementation of ketuanan Melayu will be even more severe for the Chinese Malaysian community. By claiming to blunt or modify the sharper aspects of pro-bumiputera policies, these parties defend their relevance in the BN coalition.

This method, however, fell apart in 2013. At the 13th general election, then MCA president Dr Chua Soi Lek took a political risk by declaring to the Chinese Malaysian community that MCA would not join the Umno-led government if it failed to win the support of the community.

This desperate move backfired and the MCA suffered heavy losses at GE13, ending up with only seven parliamentary seats and 11 state seats. Chua kept his promise and the MCA declined all appointments to the federal cabinet.

Within a year however, Chua was defeated in a party election by Liow Tiong Lai, who stood on a platform of “returning to cabinet to represent” Chinese interests. To Umno’s credit, it stood by its oldest ally, probably knowing that the MCA’s losses were due to Umno’s aggressive Malay agenda. The MCA was duly given two cabinet posts in the federal government plus other positions after Liow’s party victory. 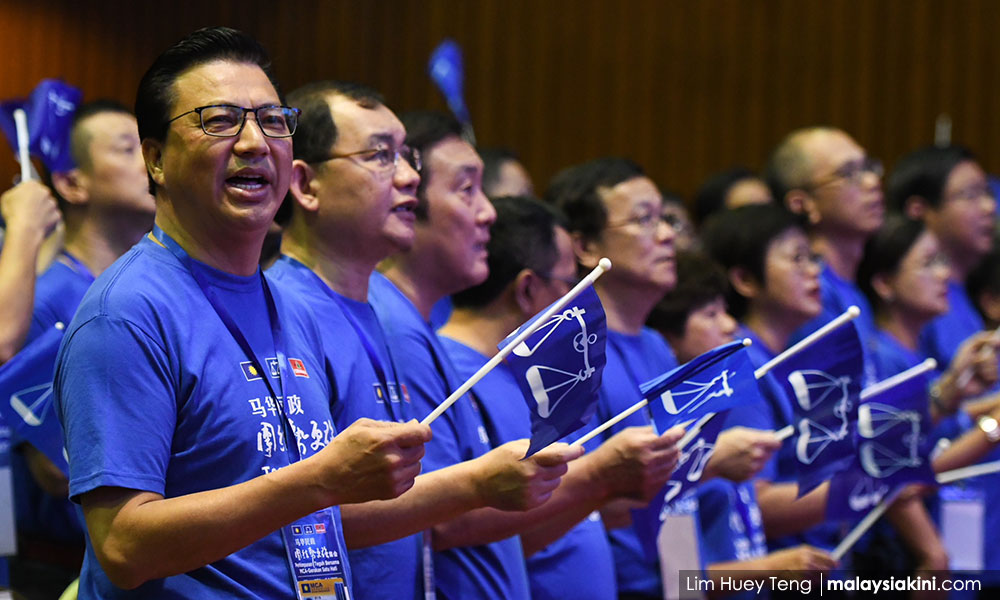 This was a watershed episode in Chinese Malaysian politics. The Chinese community learnt that life goes on without any MCA representatives in the cabinet. The MCA, or for that matter, any Chinese representation in the federal cabinet, did not alter their daily lives.

While the MCA 'in and out' saga was going on, the Chinese Malaysian community could see that Penang’s DAP-led state government, and DAP representatives in the PKR-led Selangor state government (elected in 2008), were doing a good job in ensuring that anti-Chinese policies at the state level were kept to a minimum.

While affirmative action policies were still being pursued, the Chinese community could see that more resources were being channelled into Chinese-owned small and medium-sized enterprises (SME), and the Chinese schools sector.

Blatant attacks and insults against the Chinese Malaysian community by Malay and Islamists right-wing groups in the past few years have only hardened the attitude against Umno. It does not help that senior Umno officials come out regularly with blatantly anti-Chinese statements.

An infamous incident was a senior Umno minister telling Malays to only shop from a Malay-owned shop, which he later followed up with a government-funded project to build a Mara digital mall where only Malays could rent the stores. 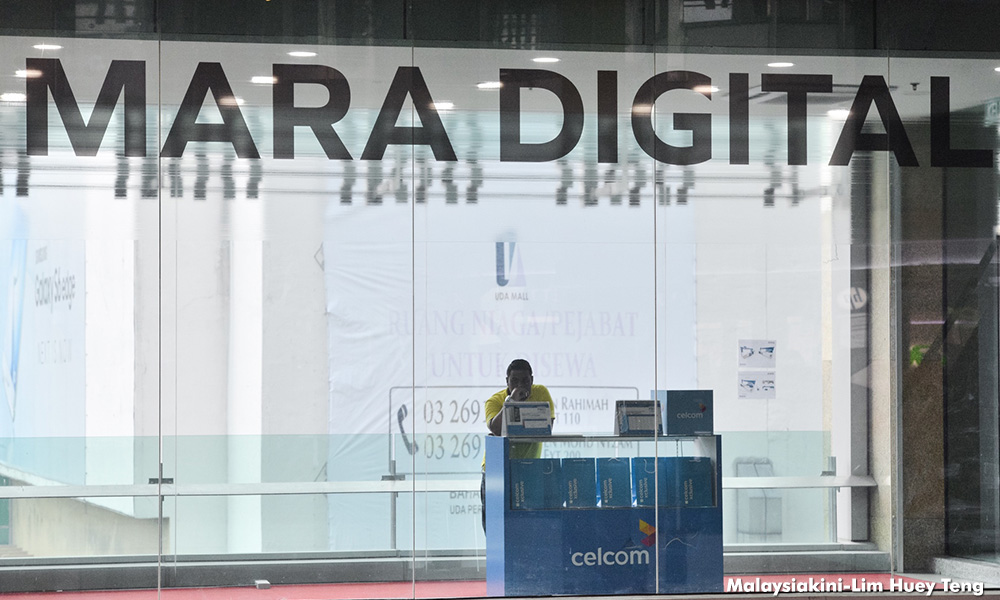 At GE14, the MCA has modified its ‘participation in government’ rhetoric with a new twist. Rather than just saying that the Chinese Malaysian 'voice' will be missing if they are not elected into any federal cabinet, the MCA has trumped up its role as a bridge between Malaysia and China’s One Belt One Road initiative.

In MCA-contested constituencies, there are prominent billboards of MCA leaders meeting President Xi Jinping and other China leaders. 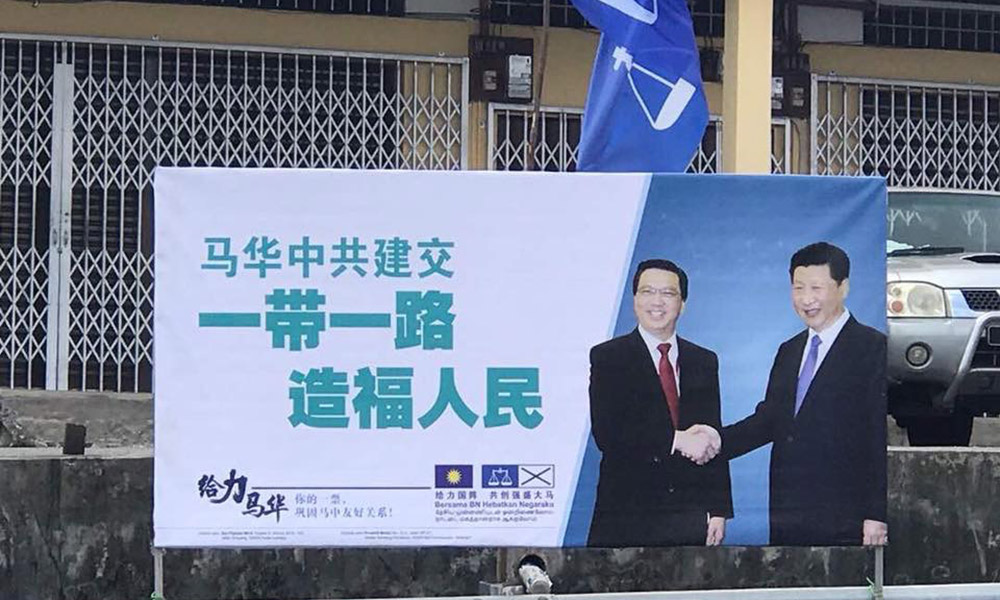 The message cannot be clearer – the MCA is gaining importance in the Umno-led government because of the massive investments in the Malaysia-leg of the Obor projects. And this will require the MCA’s expertise and links with China.

Umno needs MCA as Umno needs the Obor-linked investments. With China’s rise as the regional power, Umno will have little choice but to take the MCA and Chinese Malaysians more seriously.

Will the Chinese Malaysian community heed the MCA’s new approach? The short answer is no.

MCA (and Gerakan) do not seem to realise that the Chinese Malaysian community has moved beyond these parties’ style of 'service and fear' politics. Because of their inability to rollback alleged anti-Malaysian Chinese policies of the past decades, they will not buy the argument that China’s rise will lead to a similar rise in the MCA’s reputation for Umno.

They see the MCA as a party of opportunists who are getting personal benefits by agreeing to be Umno’s Uncle Tom. This view is so ingrained in the Chinese Malaysian community since 2008 that only a mass hallucination will alter this view.

Umno delivers the Malay voters to the MCA and Gerakan, thus enabling the incumbent to win the seats with only 10 to 15 percent of Chinese votes. In constituencies where there is a clear Chinese majority, the winner in almost all cases is the DAP.

I will leave the last word to Ong Tee Keat, another former MCA president. In a confidential remark to US embassy officials, he said, “There was once a day in Malaysia when the MCA would get the leftovers, but now we are just hoping to get some crumbs from the Umno table.”

JAMES CHIN is the inaugural director of the Asia Institute, University of Tasmania.