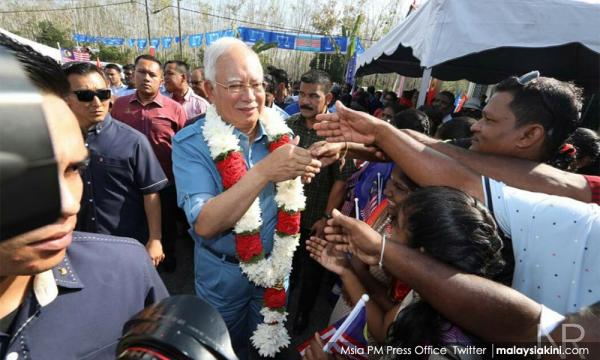 COMMENT | There has been intense campaigning to capture the Indian vote. In the days before Parliament was dissolved, we saw both BN and Pakatan Harapan having intensive discussions with Indian groups.

We also saw Harapan chairperson Dr Mahathir Mohamad meeting up with Hindraf leaders and concerned groups to ensure Indian support in the 14th general election. Some refer to Indian Malaysians as potential kingmakers.

There is now another opportunity to see how this minority community will vote and who will be their representatives in Parliament as well as in the next government in Putrajaya. This article provides a simple analysis based on the parliamentary details of voters and candidates released in the media after nomination day (April 28, 2018). The article identifies the voter base and the candidates seeking a seat in Parliament. 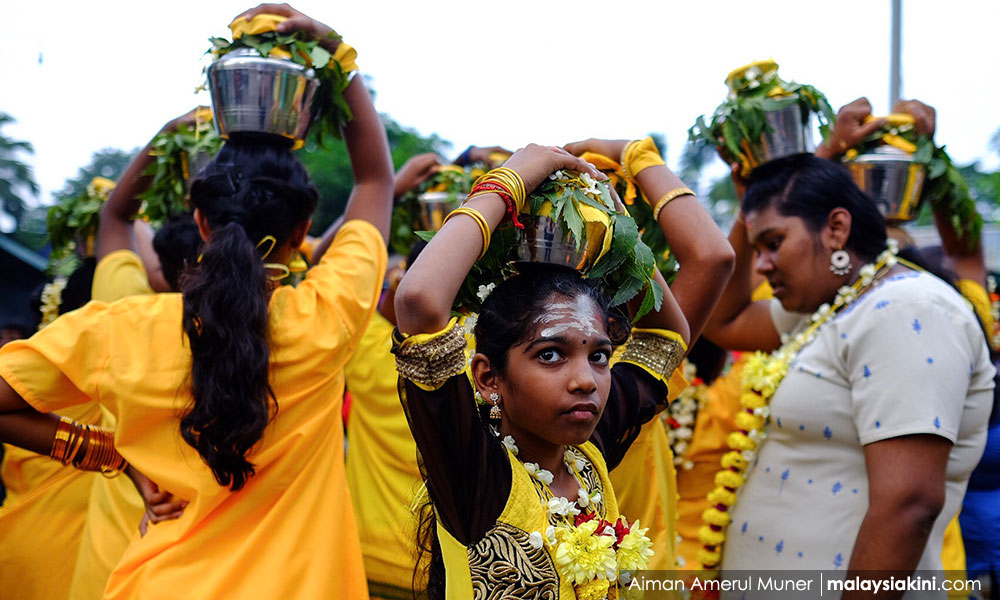 There are times when people do express that Indians are not significant, but with 5,000 and more voters it will swing the results if there are splits among Malay and Chinese voters.

It is also significant to note that in seven parliamentary constituencies, there are 20,000 and more Indian voters, with the Kota Raja parliamentary seat the highest in both percentages and number of votes, namely 27.68 percent with 41,249 Malaysian Indian voters.

Of the 64 parliamentary constituencies, BN won only 11 of them or 17 percent in GE13, as opposed to DAP, PKR and PAS winning 52 seats, which is 83 percent.

It is uncertain which way Indians voted in 2013 based on this analysis. However, it can be noted that sizable Indian votes in GE12 and GE13 could have gone towards the opposition candidates.

The Indian community does not have any majority situation at a parliamentary level. However, it could be labelled as a significant minority vote grouping, especially with 10,000 and more Indian voters in 40 parliamentary constituencies.

The question before us is, would the Indian community vote differently in GE14 compared to 2008 and 2013, where the community abandoned BN? Since then, the Najib administration has provided significant interventions to address socio-economic concerns. Would there be a change? Or are Indians, especially those living in urban locations, also gripped with the fever to change the government?

There are a total of 36 Indian Malaysians contesting in 22 parliamentary constituencies in GE14.

On the BN side, there are 12 candidates with nine from MIC, two from Gerakan and another from MyPPP. Many of these seats have been traditionally held by MIC. In 2013, the MIC won only four of these, namely Tapah, Cameron Highlands, Hulu Selangor and Segamat.

On the Harapan side, there are 13 candidates, with five from PKR and eight from DAP.

In addition, there are 11 more contesting who are not part of BN or Harapan. Most significant are three from PAS and three from Parti Sosialis Malaysia (PSM). There are also 2 from Parti Rakyat Malaysia, 1 from People’s Alternative Party and 2 independent candidates. It is significant that PAS has fielded three Indians.

The most crowded contest is in Sungai Siput where there are three Indians contesting, likewise in Cameron Highlands where three are contesting. In both cases, it is between BN, Harapan and PSM. 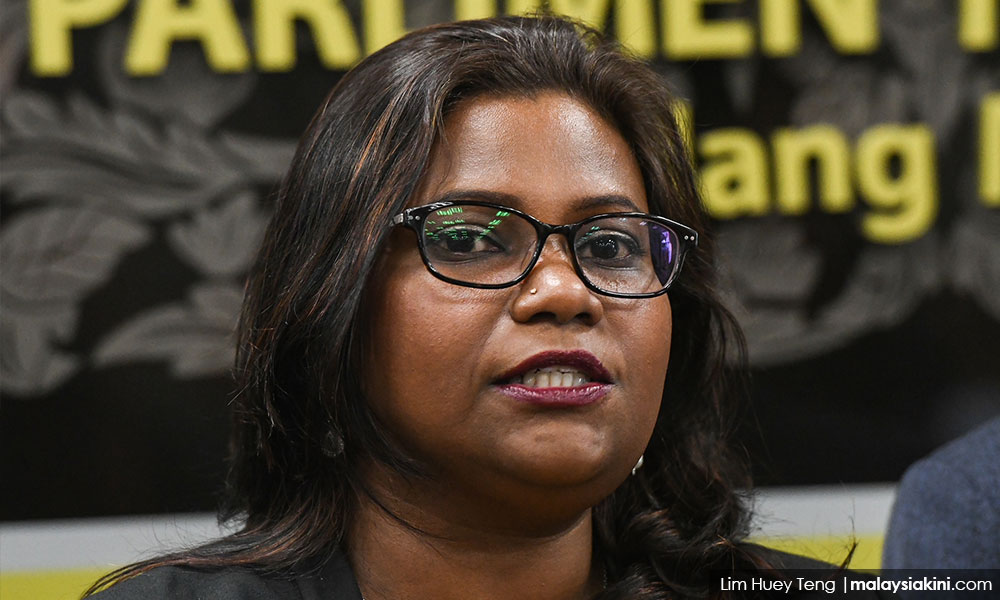 Of these, three are from BN, seven from Harapan and one more from PSM. Two successful candidates in GE13 who are not contesting are the late Karpal Singh and G Palanivel.

Of the 36 Indians contesting in GE14, there are only three women candidates, one from Harapan - P Kasthuriraani in Batu Kawan - and two from from BN, namely B Jayathi from Gerakan and another M Mohana in Kapar.

In GE13, there were 12 Indian parliamentarians elected, four from BN and eight from the opposition parties DAP and PKR. This constitutes only 5.4 percent of the Dewan Rakyat, which is lower than the proportion of Indians in the country, who make up eight percent of the population in Malaysia. The challenge in 2018 is to see if this number will increase, in terms of Indian ethnic representation in Parliament.

The most intense battle will be in Cameron Highlands. In GE13, BN won with only a 462-vote majority, and the losing candidate was M Manogaran who is contesting again. He is most likely to win this seat against the BN-MIC candidate.

In the case of Sungai Siput, BN has a good chance of regaining this back from Harapan after the later did not field the two-time MP Dr Michael Jeyakumar but another candidate instead. In this four-cornered fight, with the fourth candidate being from PAS, there will be a major test if Sungai Siput voters will elect a candidate who is one of the most outstanding MPs in Parliament, or vote along party lines. 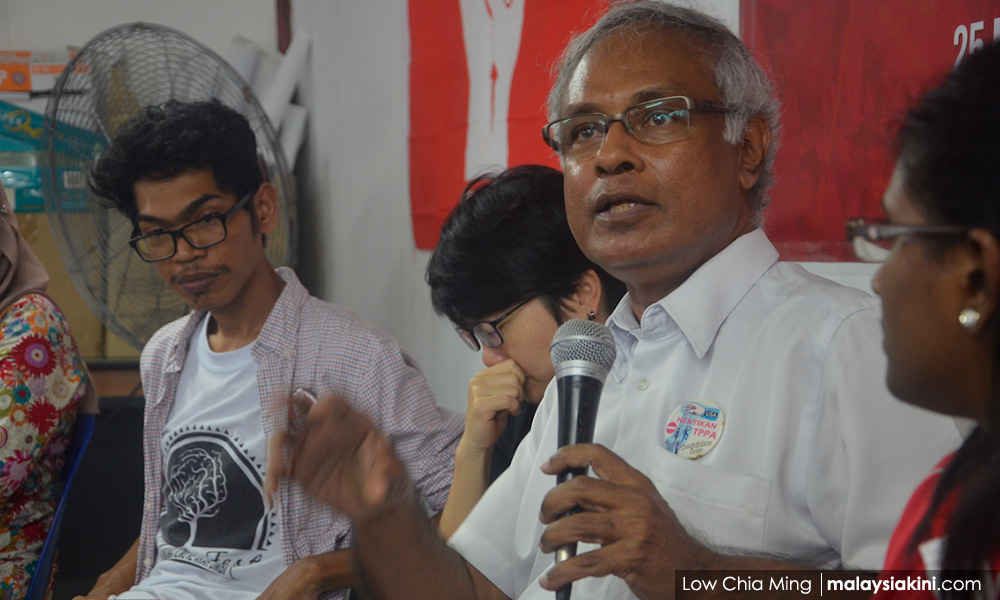 Jeyakumar is outstanding for being one of few MPs who has made a public declaration of assets, and has consistently visited his constituency and served them. He has adopted a simple lifestyle.

He has been very active in Parliament on ideological issues such as the role of the state, his challenge to the overreliance on capitalistic free markets, and his passionate struggle for justice. One criticism is that he does not have money to throw around, which is often the practice of some MPs with the resources or connections to big businesses or funders.

BN candidate SK Devamany, who was also the BN candidate in GE13 and lost the seat to M Jeyakumar by 2,793 votes, stands a good chance of winning the Sungai Siput seat in GE14 as Jeyakumar is no longer Harapan’s candidate of choice.

On the downside, it is said since GE13, SK Devamany had not visited Sg Siput or continued to service this area. Thus, returning after five years to request votes could be seen as an uphill task. Nonetheless, party leaders are very hopeful of his victory.

It is forecasted that BN will regain Tapah, Hulu Selangor and Segamat. However, it will struggle in all other parliamentary constituencies such as Batu Kawan, Bukit Gelugor, Ipoh Barat, Batu Gajah, Puchong, Sg Buloh, Klang. These seats will continue to be held by Harapan.

Jelutong could be interesting as the BN candidate Baljit Singh has been very active on the ground. Likewise in Port Dickson, V Mogan, who was a former state exco member, could take the seat back for BN from a new PKR candidate.

For BN, the 12 parliamentary seats contested by its Indian candidates are key. It is similar for Harapan, which wants to wrest power from BN.

BN has high hopes that it will not just win these parliamentary seats but also win the hearts and minds of Indian voters in 64 constituencies to vote their way on May 9, 2018. Let’s wait and observe the outcome.

DENISON JAYASOORIA is the principal research fellow at the Institute of Ethnic Studies, Universiti Kebangsaan Malaysia and member of the Community Liaison Committee (CLC) of the Socioeconomic Development of Indian Community Unit of the Prime Minister Department (SEDIC).