Malaysia grieved today with Prime Minister Abdullah Ahmad Badawi following the death of his wife Endon Mahmood, 64, whose long and loving marriage to their premier captivated the nation. 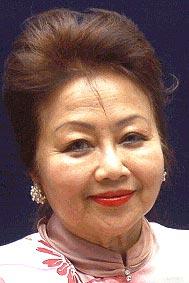 After a long battle with breast cancer, the much-loved first lady passed away in the morning at the prime minister's residence in Putrajaya, the nation's administrative centre.

Government members, diplomats and thousands of ordinary Malaysians gathered under overcast skies for the funeral in accordance with Muslim rituals.

Endon's body, wrapped in a white shroud, was buried at the Putrajaya Muslim Cemetary as a wan but composed Abdullah looked on flanked by his children, and religious officers chanted Koranic verses.

Abdullah and family members and friends, including former premier Mahathir Mohamad then sprinkled water and scattered flowers on the grave.

Condolences flooded in from around the region, while Philippine President Gloria Arroyo, Thai Deputy Prime Minister Surakiart Sathirathai and a high-level delegation from Singapore led by Prime Minister Lee Hsien Loong flew in for the burial.

"He is OK, he is holding up very well. Our family is surprised by the huge turnout of people to pay their condolences. We are happy all has went on well," he told reporters.

"My mother died peacefully. She saw all of us, we were all at her bedside when she died," he said.

Abdullah, dressed in blue Malay traditional dress had earlier received thousands of Malaysians at his residence, where Endon's body lay for people to pay their last respects.

Parliament was suspended until Monday as a mark of respect and official functions were cancelled. Most television and radio stations broadcast Koran recitals or played sombre songs as mourning enveloped the nation.

"She was such a loving wife to Abdullah, she brought so much joy for him," said Foreign Minister Syed Hamid Albar.

"Abdullah is a tower of strength for the cabinet. Despite this difficult moment, he is very composed and very calm. It is amazing how he is holding himself, since Endon was very dear to him," he said.

Endon was diagnosed with breast cancer in 2003, the same year her twin sister Noraini died of the same disease. She recently returned from the United States where she had spent more than three months undergoing chemotherapy.

The couple broke with the traditional silence that surrounds illnesses of high-ranking figures here and spoke openly about Endon's condition, keeping Malaysians informed about her battle with the disease.

A friend, wife and confidante

Abdullah Ahmad, a former editor of the New Straits Times and a long-time family friend, said Endon's death was a "huge loss" for the prime minister.

"She was everything to Pak Lah. She was a friend, wife and confidante," he said, using Malaysians' affectionate nickname for Abdullah, which means "father".

Endon's death triggered an outpouring of support and sympathy for Abdullah, whose love for his wife inspired many Malaysians. Their 40-year marriage was widely considered a model relationship.

"He will always give me a peck on the cheek before leaving home or at least call from downstairs that he is leaving. He will always phone when he is away and we always tell each other we love each other," Endon said last year.

Endon was born to a Japanese mother and a Malaysian father in 1940. She worked in the civil service until her retirement in 1976. She married in 1965 and had two children, Kamaluddin and Nori, and four grandchildren.

She always declined to comment on her husband's long career, but offered her steadfast support during his political highs and lows.

The softly-spoken Endon devoted her time to social, community and charity work and was also a strong supporter of Malaysian arts and crafts. She also used her own illness to promote cancer awareness.