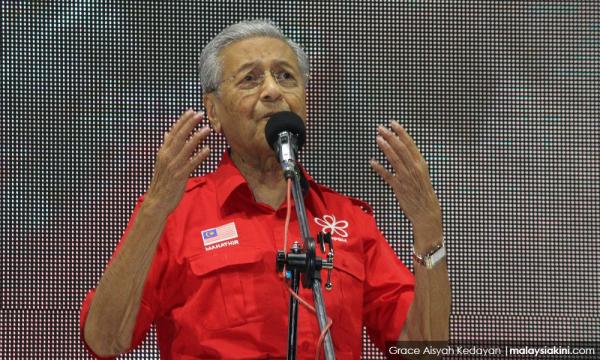 COMMENT | Dr Mahathir Mohamad’s The Malay Dilemma is mostly known for its controversial views of the ‘Malay race’ and the bitter ethnic politics of the 1960s.

Overlooked is the author’s ‘medical method’ of social investigation with which he constructs his political argument. In fact, the book can be read as a postmortem of the perished political order of the Alliance regime.

Forty-eight years have passed since the book was published, 23 since I analysed it in Paradoxes of Mahathirism: An Intellectual Biography of Mahathir Mohamad.

Hence, I was intrigued to find Mahathir displaying his medical method in full at a Pakatan Harapan ceramah in Temerloh, Pahang, on April 9, 2018.

In a 30-minute speech he scanned the ‘state of the nation’ and detected a national crisis and a crumbling kleptocratic order.

Then he diagnosed the problem as a disease of the body politic. The disease, called kleptocracy, was contracted from an insidious laundering of unclean money. The offending virus was a kleptocrat named ‘MO1’ by the US Department of Justice.

Mahathir ticked off several failed trial cures – private counselling, police reports, no-confidence vote in Parliament, and a public million-signatory People’s Declaration. He was certain such forms of treatment were impeded by “dedak” (animal feed) blockages of high points in the system.

The patient suffered great stress, pain, and demoralisation. There was no time to lose in flushing out the virus and the sources of its potency. Only then could a new team institute a regime of rehabilitation to staunch the bleeding, overhaul the system and restore the patient to its former health.

Of course, Mahathir did not speak in this manner of mixing metaphors of medicine with criticisms of political conduct.

But this stylised reconstruction of his Temerloh speech (which ironically recalls Shahnon Ahmad’s literary devices in his reformasi novel, Shit!) has a point beyond showing how formidable Mahathir is in political argument.

With his method, he constructed a powerful narrative that eased what was regarded as a difficult task of the opposition – how to make 1MDB and kleptocracy ‘real’ for non-urban constituencies...