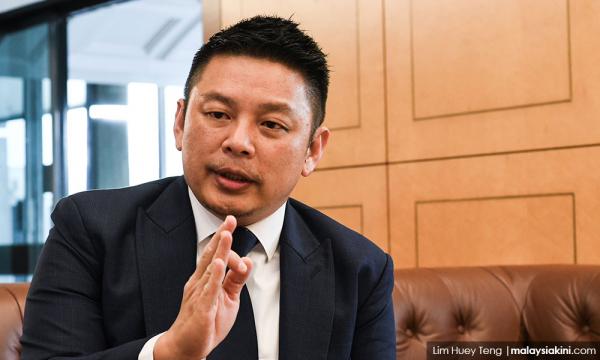 Warisan No 2 explains reasons for leading opposition in Sabah

INTERVIEW | Going into the 14th general election, Sabah will witness a unique situation in which it will be the only state where opposition coalition Pakatan Harapan will not be the main team battling the election.

The main challenger against BN is most probably to be an electoral pact led by the new kid on the block, Parti Warisan Sabah, together with component parties under Harapan and another yet to be confirmed opposition party.

Citing statements made by Sabah Harapan leaders, Warisan deputy president Darell Leiking said it was apparent that Harapan would like Warisan to lead the general election in the state.

"Pakatan has made it very clear they would love to ask us to lead this election. And we concur with them and we will definitely find amicable resolutions between Harapan and us," he told Malaysiakini in an interview.

Relations among the parties, Leiking said, have always been going well.

"The beautiful thing about Sabah is we are able to talk when we are face to face. When reporters ask us, sometimes the narrative may not be there or the real gist of what we want to say may not be translated to the good intent that we both want."

Citing Warisan president Mohd Shafie Apdal and Sabah DAP chief Stephen Wong, Leiking said the two have always been good friends, and he went on to deny that there was ever any quarrel with Wong.

"If you notice, most of these things happen when one portion of the news comes in a printed form, and the translation may not be what he meant," added Leiking.

Sabah Harapan chief Christina Liew had said that Wong had unilaterally and erroneously announced that the coalition came up with a 60:40 seat distribution formula...