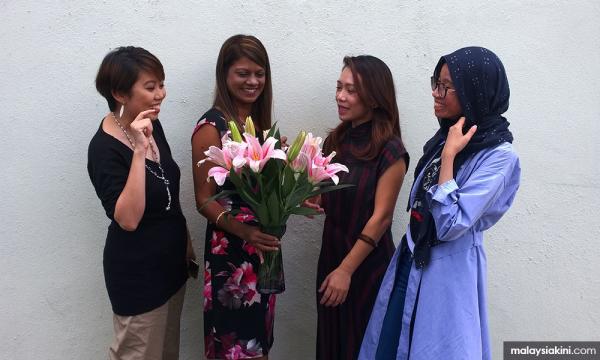 COMMENT | There was much internal struggle writing this piece. I love women and men in equal proportions. Both my parents treated my brother and me equally at home. I was brought up with the idea that I was not special and that I would have to work really hard to earn my keep in this world.

When I went to university, I took my first - and last - gender studies class in my first semester as a 19-year-old. I tried to get my lecturer to see that I was one of those who were brought up in a home where parents treated each other as equals. The lecturer yelled at me and said, “The only reason your father treats your mother as an equal is because she is working!” I thought that was really unfair. I dropped the paper and never went near anything gender-related ever again.

I was having a conversation with Malaysiakini general manager K Manohar the other day. I was asking him about the perception he has about the women in Malaysiakini. I asked him if he saw us as the Angelina Jolie armed with swords and guns type or were we more the Flower Power types? What he said came as no surprise to me as many of us here share the same sentiments.

When speaking to another female colleague a few months ago, I asked her if she felt she was discriminated against because of her gender. She said, “You know, Lynn, a lot of this has to do with how we see things. I have a choice - to see when my boss rejects my idea if it’s because I am a woman or it’s because the idea is just beneath me. That choice is mine. I do not feel at all we are treated differently here. I may question my capabilities as a woman sometime, but I am never made to feel inadequate just because I am a woman.”

One day, not too long ago, a 19-year-old girl came to Malaysiakini to intern here. I interviewed her and really admired her spunk, wishing I had half her confidence at her age. She asked if I was a feminist. I asked her what she meant by that.

She said, “You know, do you fight for women’s rights, stand up for women, believe that women are capable and deserve equal opportunities?” Honestly, I felt terribly inadequate on the subject matter but said, “I fight for human rights - men and women alike.” She wasn’t happy with my answer, then confidently put her arms around my shoulders and whispered, “When I am done with my internship here, I promise to convert you into a feminist.” Unfortunately, she never got in and it wasn’t my decision.

This is such a delicate subject matter. Women, and men, have suffered terrible injustice because of gender. Unimaginable violations have happened based on societal constructs. People have suffered severe mental, physical, emotional and spiritual degradation due to injustices surrounding gender. Who actually plays the role in upholding patriarchy? Isn’t it both men and women? Aren’t we all to blame for how our boys are taught to perceive women and how girls are taught to perceive men?

A friend once told me, “I never thought I would need to work after getting married.” I was truly shocked but asked, “Why is that?” She coolly explained, “Well, aren’t men supposed to be providers, aren’t they supposed to take care of their wife and children after marriage? Isn’t that what it was supposed to be like?”

I was really surprised at the thinking, and by a girl whose own mother worked all her life. I don’t blame her. I am sure, there are shortfalls in my own thinking when it comes to my expectations of men in my life. Everyone is trapped on some level because of a lack of awareness.

Our duty, both men and women, is to help each other come to an awareness that we need to change ourselves and our patriarchal society. And while doing so, to not beat each other down to the point that we cannot see that we are partners in bringing this change.

My dad was a visionary. At a very young age, he told me that he would prefer that I lived by myself for a while before getting married. Maybe he did not predict that I would enjoy it so much that it would be a long while. But this experience taught me two things; standing alone and being independent teaches us about our innate capabilities. Secondly, being able to maintain and sustain relationships with both men and women are going to contribute greatly to our overall welfare.

Being able to nurture relationships with both men and women carves out dimensions of ourselves which are rather spectacular and cannot be seen whilst alone. And to cast off one species as the enemy is to rob ourselves of an opportunity to experience life from a diverse stance because men and women, they simply are different and alike, both at the same time. 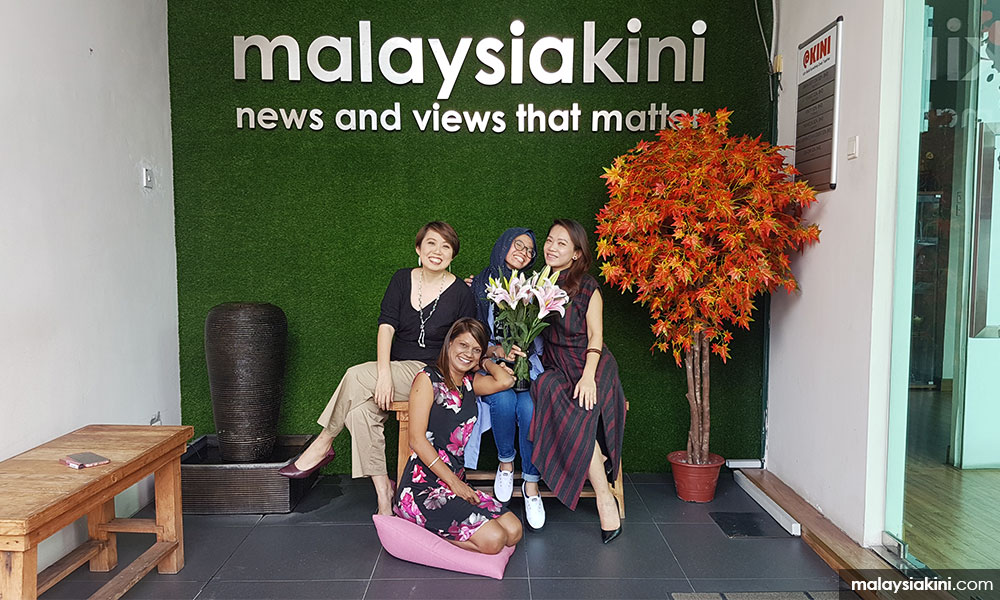 I had a chat recently with the female heads of department in Malaysiakini. Yes, it’s so strange how we are so different but alike. I would like to share with you our conclusion about our jobs here. We call ourselves the lucky gals of Malaysiakini because we are fully aware that the true fighters of women’s liberation in this organisation are - our male counterparts. They uphold our liberation by the very virtue and manner in which they treat us here. We are so deeply proud of them.

We consider ourselves really lucky to be working here in Malaysiakini as gender inequality has never been an issue. We find that we hardly ever think in terms of gender.

A special thing about working in Malaysiakini is that we are never called "emotional" or "sensitive," our opinions are treated with respect and we receive the same treatment when we underperform. No special treatment for being a lass in this quarters!

All in all, what we treasure the most is being given the space to be ourselves. We don't feel we need to wear the pants and act like men to be heard or respected. Because of this freedom, we are able to be our full and complete selves - we feel we are able to bring our best and most creative selves to work.

Maybe, we are the generation of women who are lucky to be reaping the rewards of justice-seekers from 50 years ago. We do have so much to be thankful for. Working in Malaysiakini has given us the privilege that so many women around the world are fighting for.

We see your struggles, we know your hearts, we admire your spirit.

Do we still need an International Women’s Day? Yes, we do. As a platform for men and women to collaborate and work as partners to free people from injustices which stem from gender discrimination.

We wish you a meaningful International Women's Day for 2018.

Subscribe to Malaysiakini. Click here. And if you’re already a subscriber, donate to our Legal Defence Fund.