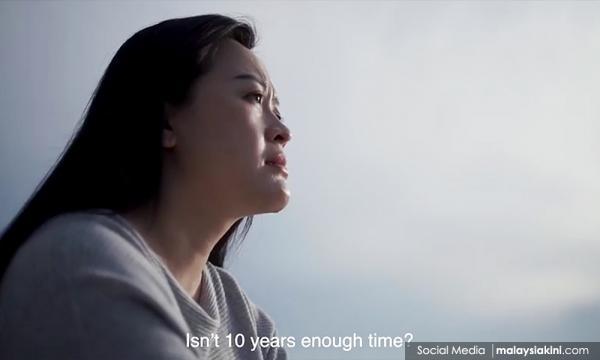 YOURSAY | 'Penang leads all performance indicators, yet the state gov't is accused of incompetence.'

Anonymous 242641505703475: I salute you, Penang information officer Zaidi Ahmad, for your factual rebuttal of the woman in the video. That is the way to answer thorny issues.

Give facts and figures. Is the Goods and Services Tax (GST) hurting consumers? Go and ask the men and women who go to the market and shopping.

Go and ask business people who have to collect this new tax and refund the government every three to four months.

Thank you very much for your contributions, businessmen and businesswomen. The government should be grateful to you for your patriotic service.

Malaysianheart: Zaidi, I like your point-by-point rebuttal using facts, clearly explained, without a need to use unpleasant words. Such a nice breath of fresh air.

The DAP administration has already served almost two terms, and its results are much better than the entire period of the previous Gerakan government.

Penang could make up for its constraints on land by focusing on the high-end services and technology. It could also cooperate with Selangor on manufacturing. The ICT and outsourcing sectors are maturing fast. There are unlimited choices in robotics and block chain technology.

But it needs quality people. Forget contractors who tend to bring trouble. Focus on what it takes to be high income. Political stability is also necessary. Perhaps a change at the top will provide freshness and continuity.

Let others moan, Penang cannot be any worse off than other states.

Fusionbrand: What an amazing woman. Despite all her professed problems and lack of funds, she still invested money in a high-quality video with a script, paid translation fees and production costs - just to help others.

Newday: How can she call herself a Bersih supporter? That just does not make sense. Now this must be what they call “fake news”.

Whatsup: I'm sure it’s a fake complainer - she’s likely either from MCA or Gerakan, or a hired actress.

The video is too well-edited, and all the issues are just a rehash of those used by Umno-BN to attack the Penang government.

Many of the issues are way beyond the control of the state government, and are the federal government’s responsibilities and policies.

I wonder what would happen to her if such a video had been done featuring Malaysia or a BN state.

Anonymous 428911434555133: ‘Dedak’ can make people do many things against their conscience, including making an anonymous video running down Penang, using false information.

Goldee: All that the woman has complained about is nothing but "fake news" churned out by the very people who claim the opposition is spreading fake news.

BN's definition of "fake" is the truth, and what they consider truth is fake, like the woman's complaints of the Penang government.

Anonymous: The woman in the video is talking politics rather than airing her grievances.

I remember when I was in a financially tight situation, I never thought about politics. I only thought of how to get out of the mess that I had created myself.

However, whether this is a bridge or a tunnel, traffic dispersal at both ends has to be smooth so as not to result in bigger jams.

If the Penang ferry service can be restored to its former 'glory' as well, then I see nothing but positives for both sides of the straits.

Wira: The Penang state government is handicapped in many ways. State leaders may only provide moral leadership, as almost everything, with the exception of land and local government, are the responsibility of Putrajaya.

Despite being handicapped, the state provides a "can do" spirit to spur Penang forward, having to come out with ideas to raise money to build more roads, a LRT and the third link because BN fell flat on their promise to provide a monorail link to Penang.

The Harapan government leadership makes Penangites proud of their state again. If a change of government is required, it should be that government in Putrajaya, which has disgraced the nation with the dishonour of being the most kleptocratic one in the history of mankind.

Clever Voter: Some people forget so easily the dark ages of the previous Gerakan-led government. Nothing ever got done with the previous chief minister.

The problems with societal challenges are to do with inability to overcome the learning curve to become a high-income society.

Productivity and high income should be the targets if Penang wants to lead the way to be first in the fourth industrial revolution, and many will be able to earn better income. New technology is one of them. Penang must learn to compete in a matured business model. Old ways must go.

Therefore, politicians must also align their thinking towards this.

Awang Top: Indeed, if you ask, there would be tons of negative comments about the previous Umno-controlled BN government in Penang. If you upload those to the Internet, it would probably jam the servers.