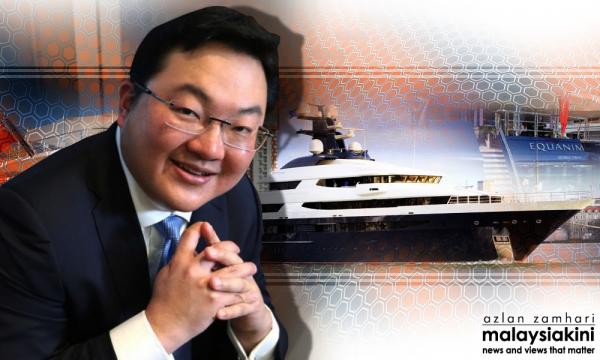 Businessperson Low Taek Jho, through his spokesperson, has decried the US Department of Justice's (DOJ) "global overreach" after his superyacht Equanimity was seized by authorities in Bali.

The superyacht, reportedly worth US$250 million (RM1 billion), is among several assets being sought by the DOJ for allegedly being acquired using funds it says were misappropriated from Malaysian state fund 1MDB.

"The US Department of Justice has stayed asset forfeiture proceedings in this case and has still not taken any steps to prove that any impropriety has occurred.

“It is therefore disappointing that, rather than reflecting on the deeply flawed and politically-motivated allegations, the DOJ is continuing with its pattern of global overreach - all based on entirely unsupported claims of wrongdoing," Low's spokesperson was quoted as saying by the New Straits Times tonight.

The spokesperson said Low looked forward to "actual facts" being presented in court.

This, said the spokesperson, would demonstrate that the DOJ's case was "completely without foundation'.

Indonesian authorities, together with the US Federal Bureau of Investigations (FBI), seized the luxury yacht off the coast of Teluk Benoa in Bali today. 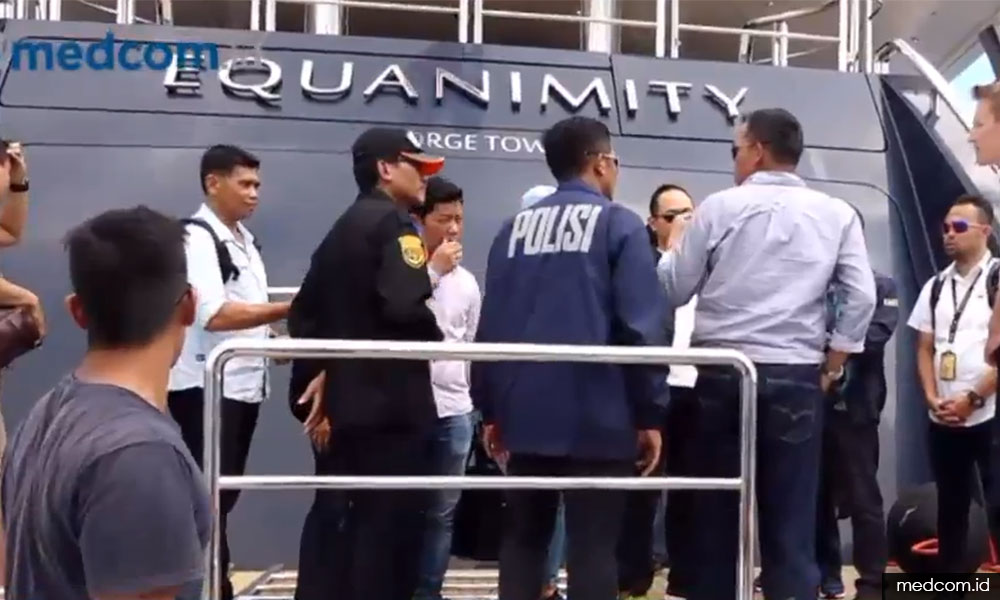 Indonesian media reports indicate that there were 34 crew members on board and that the vessel had been in Indonesian waters since November last year.

Metro TV said the yacht was seized with court approval.

"We have been observing the crew since yesterday and now we are taking action since we have received approval from the court to seize the boat," Agung Setya, director of economic and special crimes at Indonesia's criminal investigation bureau, told Metro TV.

The DOJ believes that at least US$4.5 billion has been misappropriated from 1MDB by Malaysian government officials among others and is looking to recover around US$1.7 billion of in assets allegedly acquired using these stolen funds.

The DOJ's involvement was in response to the funds being laundered through the US financial system.

The DOJ has temporarily filed for a stay on the forfeiture of these assets, which is through a civil suit, pending a parallel criminal case.

'Jho Low not on board seized superyacht'

Equanimity been on our radar for 8 days - Indonesian cops

The hunt for Jho Low's mega yacht - The Equanimity

Kerr hands over US$8.1m worth of jewellery to DOJ

The 1MDB players - in their own words