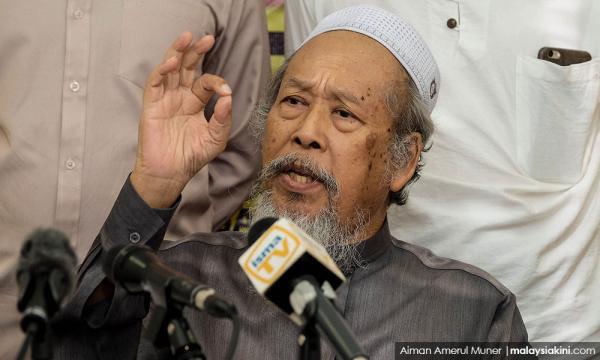 Being patriotic is not a non-Malay thing?

LETTER | Sad to say there are many who will go to great lengths of distorting history just for the sake of painting the non-Malays as unpatriotic. They will peddle their phoney perceptions that the non-Malays did not play a significant role in the formative years of the pre and post-Merdeka history.

And for this reason, they postulate that the non-Malays should not be given any fairness pledged in the Malaysian Constitution. This belief is unfortunately still prevalent in the mindset of Umno’s hard right-wingers.

A great part of my growing up was influenced by a man who was a former soldier in the British Army. His exploits still ring dear in my heart until today.

One the many exploits he had recounted that stood out particularly well was on a routine patrol, when his unit was ambushed by the communists. His British officer had his arm shot clean off. For a moment, all hell broke loose, and he, without any fear for his life, surged forward to engage the communists with his gun blazing.

After a fierce battle, the communists withdraw. For this brave stint, he was nicknamed by the British Officers, ‘Cina Gila’ (mad Chinese). This nickname stuck to him affectionately throughout his career as a soldier.

On many occasions, he talked about the Indian, Sikh, Kenyan, Fijian, Chinese, Burmese, Gurkha, New Zealander and Australian soldiers but nothing about the Malays.

My little curious mind began to wonder why the Malays were not fighting the communists. Why were they not as patriotic as he and his cohorts?

I was having this very state of mind that Pembela Ummah (Ummah) chairperson Ismail Mina Ahmad is having today when he said the Malays were doing all the fighting for the last few hundred years, but in the reversed order. Perhaps Ismail Mina feels comfortable and proud for having such beliefs, but not me.

I immediately wane of this uncomfortable belief when I decided to build up some courage to ask him this daunting question: “Uncle, why the Malays were not fighting the communists?"

His answer was that the Malays were as brave as they were. He omitted the Malays because there were no Malays in his units as they were attached to other units.

This was a huge relief for an 11-year-old boy who had to bear the pain of believing my neighbour Malay saudara (brethren) were not doing their share of fighting the communists.

Today tears will swell in my eyes when I think of him. He had taught me discipline, generosity, kindness and most of all, being truthful to others.

He often reminded me that the coin has two sides and whichever side one takes, one should not denigrate the other side which one is not taking because it has the same value as your side.

I had lost contact with him for over 40 years. So wherever you are, thank you very much, Sergeant Joseph Gee, for being part of my formative years.

My sincere thanks to the Malaysian Armed Forces Chinese Veterans Association (MACVA) president Major Tan Pau Son and National Patriots’ Association president, Brig-Gen (Rtd) Mohamed Arshad Raji, for being on the side of truth.