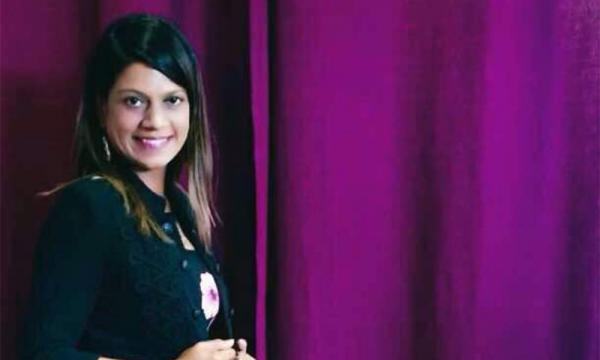 My personal journey in Malaysiakini

COMMENT | This will be my seventh year of service in Malaysiakini. Every time life forced me down the valley of darkness, my bosses Premesh Chandran and Steven Gan would place a piece of their truest selves on the table and I would find myself using it as a torch to find my way out.

Real change happens when one has the courage to put forth one’s highest truth for the survival of another.

Today, through this story, I put my truest self on the table, to show you that what we are saving – through our humble donations – is more than an independent media. What we are saving, in essence, is a fertile ground for soldiers of service – people who live in alignment with their highest calling and are therefore bringing high-impact, incremental changes not just to Malaysia but to one another.

This is the hardest thing I have ever done for Malaysiakini. After seven years, I remain faithful to the organisation and my colleagues, as they showed up for me in ways I could not have imagined during a major personal crisis.

This is my personal story.

This was followed by a stony silence, all round. I walked into the office, looking directly into the eyes of all our senior managers. I could see two things in general – utter disappointment on one hand, and sheer resolve, on the other.

That day, there was not much conversation in the office. The younger ones asked me if this was really bad news. I had no words for them. All I could say was, “We are not a two-year-old organisation, we are 18 years old.”

In my heart, fear and hope danced in perfect harmony. If I had faith in one thing, it was the public. I remember so clearly how they rose to the occasion of helping us fund our new building with almost RM1.7 million four years ago. It’s not easy to forget such tremendous support.

I walked around the office to take a peek at our two bosses the following day just to see how they were faring. It was not easy to watch but both of them had a similar bearing: a heaviness on their shoulders, the brave front they were putting, the laconic exchange.

They hardly realised what they were teaching us: “In the face of your own extinction, hold yourself with the highest of grace and dignity and move forward with the next step – the next act of kindness.” I noticed that they replied our questions with a lack of cynicism. We noticed that both of them, in their own ways, went out of their way to extend kindness to their staff.

“We've hit 35k today, that's 10 percent of our target! Thanks to everybody for pushing the campaign!”

In early February 2017, almost a year ago, just days before my 38th birthday, I tumbled happily into the carpark, sun streaming through my hair and I remember thinking, “This is not a job, this is life… Thank you, universe, for my awesome vocation!” I felt alive and healthy. As I reached out to open my car door, a heinous, excruciating pain shot through my right arm. My exhilaration vanished, an untold fear set in and this would be the beginning of a nine-month ordeal. 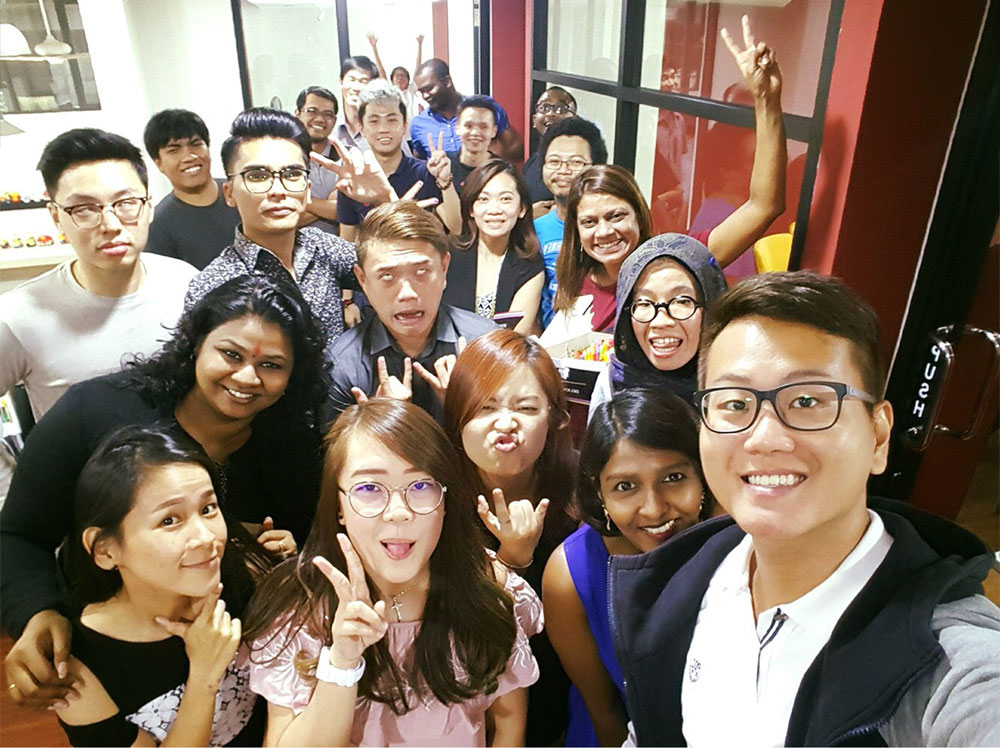 The next nine months passed by like a fog. More pain, not knowing the condition, speculation about autoimmune diseases, even more pain, losing my hair, developing alopecia, more tests, results coming back normal. And the final diagnosis – a rare disease called complex regional pain syndrome (CRPS).

In other words, they do not understand why my nervous system and brain were misfiring pain to the degree of 10 – pain so intense that I could hardly speak, let alone sleep. The only thing that they could do was administer painkillers until the flare-up subsided. Acupuncture was what finally cured the condition.

This was the biggest strip-down of my life. From being independent and really healthy for most of my life, to encountering something which renders you completely helpless. From being deeply spiritual to suddenly wondering if you have been playing games all your life, and that there could be a possibility that there is no God. From being able to move at lightning speed to taking micro mini-steps so not to aggravate the pain. Life went from massive to miniscule. I was really lost. Like I had never been in my life.

Behind the scene of my personal chaos, I had a soul family that rose to the occasion. Without darkness, there can be no light. This is a tribute to my Malaysiakini family.

On the day that I was admitted to the hospital, Prem called up my two soulmates in the office, Aizu Ikmal and S Nanthakumar and informed them about my condition. They had no idea I was that ill. They came the next day. They burst into my room and did a little dance for me. Then it was time for my nerve conduction study. Nantha pushed my wheelchair while Aizu joked around like this was the most normal occurrence in life. 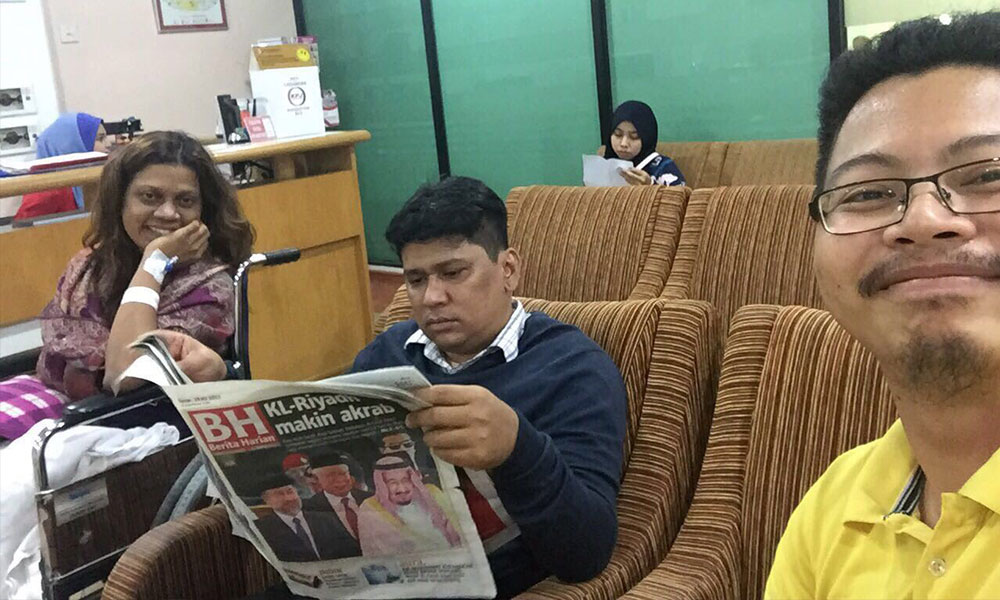 They sat outside while the nurse took me into the doctor’s room. The doctor was very nice, but I already warned him that I would not be able to tolerate the pain. He went ahead with the test and that was when I let out the wailing of my life. It shocked the doctor so much he jumped off his chair. This scream would bond Aizu, Nantha and me indefinitely.

When they wheeled me out of the room with tears streaming down my face, I looked at my two soul friends, who were standing motionless, and looking like they had seen a ghost. I asked them, “Did you hear me cry?” Both shook their heads. I felt so bad for them.

We went back to my room in complete silence. We sat around together for almost an hour, not saying much. They then left, but came every day for my entire stay at the hospital. One of the days, Nantha showed up with goreng pisang, looked at me but lost for words, he just walked away. Aizu would come every day before work and spend an hour or two talking to my mother.

Others from the office dropped in and out whenever they could. My healing friends called and texted and held me close during a truly frightening time. I was away from work for nearly a month. The miracle find was our new human resources executive who confidently and swiftly took over most of my duties without skipping a beat. Had Keeshend Nair not been there, I would not have had the peace of mind to allow myself to just be ill for as long as my body needed. He gave me the confidence that letting go of the reins was safe.

After a month, I returned to work in body, while my spirit was still suffering. I was lost. My body turned on me. I was helpless. I could not use my right hand at all. I had slowed down so much it was frightening. I had to turn vegan, type with one hand, could not comb my hair, took more than an hour to dress up for work. I was totally on my knees.

But my soul family, they were vigilant. They were there. Letchmy Rani would follow me upstairs and help comb my hair without me asking. Adam Rozairi would come up and check on me at lunch. Aizu and Nantha were on my floor nearly all the time the entire following month.

I had a second relapse in May and still no diagnosis of what was happening to me. And one day when I showed the doctors the bald patch that appeared on the front of my head, they looked at me stunned and said, “This is lupus, you could have an autoimmune disease. We need to test you for this.”

After crying the entire day, I went back to the office and saw Steven. With him, I would have the conversation that would turn this ordeal around – the point in which my healing began.

"Boss, they call me '38, female, Indian, chronic smoker' in the hospital. This is my label."

Steven has a look of complete shock.

"Now they say I could be having an autoimmune disease. This may also mean I have the death sentence. I cannot accept this."

Then through pain and tears, I told him about the loss of freedom and the loss of belief systems, not knowing who I was anymore, needing to lug this body around which I did not feel safe in. I was a complete mess.

He looked at me with an unwavering gaze and said the words my soul needed to hear to take matters into my own hands.

The sheer confidence in his voice spoke the truth to my soul. I left, but something had changed. He had said “we”: This is our problem, not yours alone. I suddenly did not feel so alone anymore. That very same night, I threw myself a small pity party at home. Feeling sorry for myself and this plight I had to suffer through, I received a video from Prem with a message, “The comeback will be greater than the setback.” 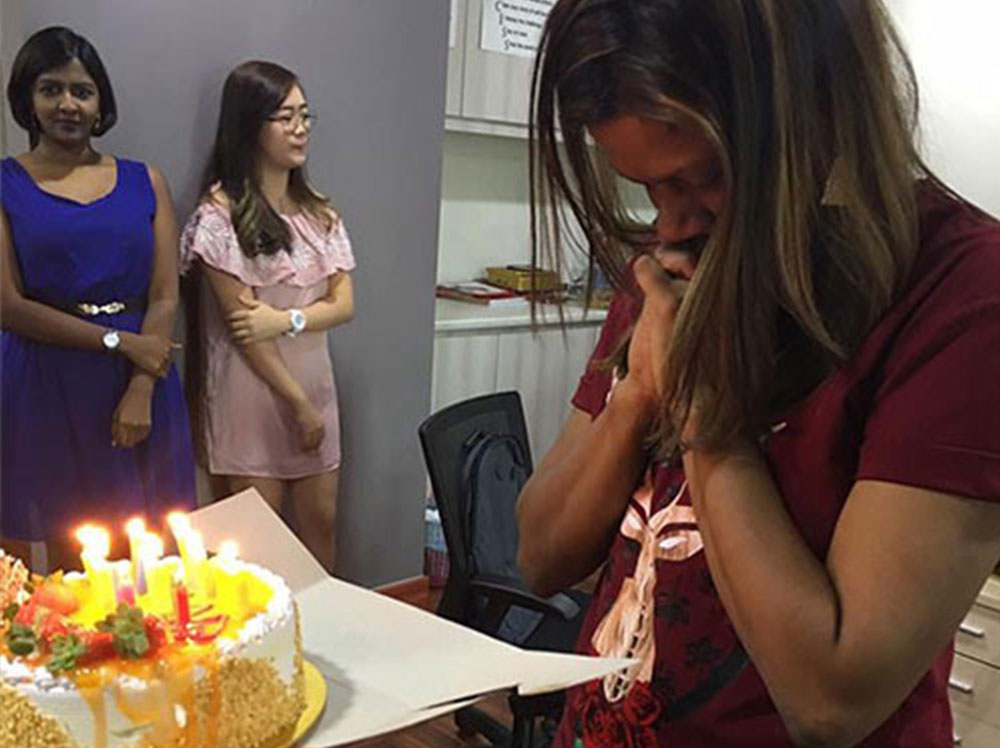 This video was of a girl with a nerve problem. She had lost her hearing completely and yet she was on stage singing a song she wrote merely from the vibrations she felt. I remember crying myself to sleep. I am no hero but thank God, I rest amongst them.

Exactly six weeks after this conversation with Steven, the video from Prem and the unswerving love and support from my colleagues, I experienced consistent pain-free days and could start using my right hand again.

All this while, many in the organisation would be buying me vegetarian food, cooking at home for me, taking me to the pharmacy to get my vitamins, helped me move things, pulling out the plugs from the sockets, sending me numbers for cleaners to clean my home, fill up forms for me, inviting me to church for healing prayers, doing their own research on CRPS, sending me videos of people defying the odds.

I am no archetypal figure in Malaysiakini. Just an ordinary employee doing the best I can. This support which I personally received from my soul family is not exclusive to me. We have a culture of rising to the occasion, a culture of service, a culture of compassion and helping those with broken wings fly.

This is the core reason we fight so hard to preserve Malaysiakini. We live and walk the truth which we so dearly hope that the leaders of this country and other organisations can emulate. What you are donating to is the preservation of an army of service-souls, who are fighting to preserve a space so that the truth can be told.

A note to my bosses and colleagues: Thank you, thank you from the core of my being for every single minute thing you have done for me. Blessed are the meek for they shall inherit the earth. You have been my deepest experience in God’s love.

Prem is right when he said, “The comeback will be greater than the setback.”

LYNN D’CRUZ is a member of the Malaysiakini team. She loves books, people and all things ethereal.