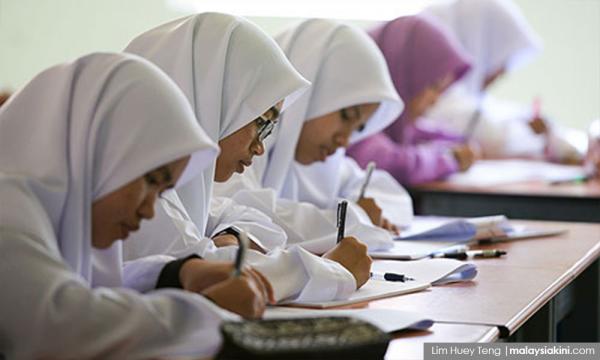 COMMENT | The new academic year begins soon for primary and secondary schools. Elections are also around the corner. School-going children number approximately 4.7 million in Malaysia, while their parents are an important vote bank.

Wave 2 of the Malaysia Education Blueprint 2013-2025 (MEB) states that as far as the English language is concerned, an approach to enhance its proficiency is required.

Thus, as initiated by the National Economic Council, and led by the prime minister, two radical programmes were budgeted for in 2016, and implemented gradually: the Highly Immersive Programme (HIP) and the Dual Language Programme (DLP).

However, the DLP is facing a hiccup as an ongoing legal suit against the Education Ministry, filed by several parties representing a Tamil school, is limiting its progress.

One legal suit should not jeopardise the aspirations of the majority of parents, who have high hopes for the future of their children. Parents do not have the resources to send their children to private or international schools where fees are exorbitant merely to enjoy more exposure to the English language.

National schools are the first choice for the majority of parents. The national language is emphasised, yet importance is given to the English language through the HIP and DLP.

Parents of children in Tamil schools too understand the importance of DLP, because of the transition that needs to occur at secondary school and into tertiary.

A baseline study was jointly conducted by the English Language Training Centre of the Education Ministry and Cambridge English, an affiliate of the Cambridge University. It was to determine whether students’ English language proficiency and teachers’ ability in English language teaching is on par or exceed international standards.

The study was conducted in partial DLP schools, where 890 students were being taught DLP and 518 were not. What was most interesting was that in the first year of DLP implementation, it was already apparent that DLP helped rural students achieve better English language proficiency.

DLP was conducted for students in standards 1 and 4 in 2016. At the end of primary level (standard 6), students are targeted to achieve B2 level, which indicates upper immediate proficiency.

The minister and the director-general of the Education Ministry should instead see the bigger picture of producing global citizens who will bring the nation forward to greater heights. They should continue to pursue DLP by approving more schools that have applied to conduct the programme, which has shown a degree of success in the two years since its introduction.

The results speak for themselves. Let us not get distracted by politics and opponents of DLP who use it to pursue their selfish agenda. DLP is optional, after all.

The importance of the English language cannot be emphasised enough. In a recent article by Christopher McCormick, entitled "The Link Between English and Economics," it is stated that there is a "direct correlation between the English skills of a population and the economic performance of the country,” measured in terms of GNI and GDP.

In its latest edition of the EF English Proficiency Index, which ranks countries by English skills, it was found that in almost all of the 60 countries and territories surveyed, a rise in English proficiency was connected with a rise in per capita income.

And on an individual level, the index also stated that recruiters and human resource managers around the world reported that jobseekers with exceptional English compared to their country’s average proficiency earned 30-50 percent higher salaries.

The Parent Action Group for Education Malaysia (Page) urges the prime minister, members of the National Economic Council, the education minister, and the director-general of the Education Ministry to consider the positive long-term impact of DLP and endorse more DLP schools – and witness the transformation of English language proficiency among our children which will further drive the nation's economic growth.

Any resistance to DLP, or what may be termed as yet another infamous flip-flop, will be a major failure by the Education Ministry to implement the world-renowned MEB in its totality.

NOOR AZIMAH ABDUL RAHIM is the chairperson of the Parent Action Group for Education Malaysia.