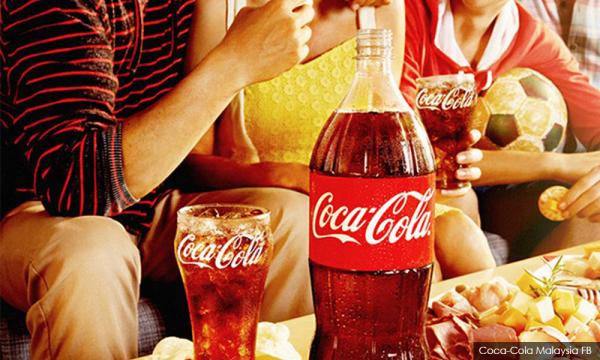 Coca-Cola: Boycott will only hurt Malaysians

Call to boycott products by Coca-Cola will only hurt Malaysians, the company said today.

It also said that the calls for a boycott were based on "false information and rumours".

"We wish to stress that Coca-Cola may be a global brand but all our bottling operations are local, so the very first people to be hurt by these boycott calls are our local employees, followed by the thousands of retailers, distributors, suppliers and others throughout our Malaysian supply chain who rely on us for their livelihood.

"The Coca-Cola Company operates in more than 200 countries and territories across the globe with different political systems, religions and histories. Our goal is to refresh everyone.

"We do not support or oppose religious causes or favour one country over another anywhere in the world," the company said in a statement today.

Call to boycott Coca-Cola came after US President Donald Trump reversed decades of US policy last week by recognising Jerusalem as the capital of Israel, disrupting the Middle East peace efforts and upsetting the Arab world and Western allies alike.

The status of Jerusalem - home to sites holy to the Muslim, Jewish and Christian religions - is one of the biggest obstacles to reaching a peace agreement between Israel and the Palestinians.

Other companies that have faced boycott calls include fast food chain McDonald's.