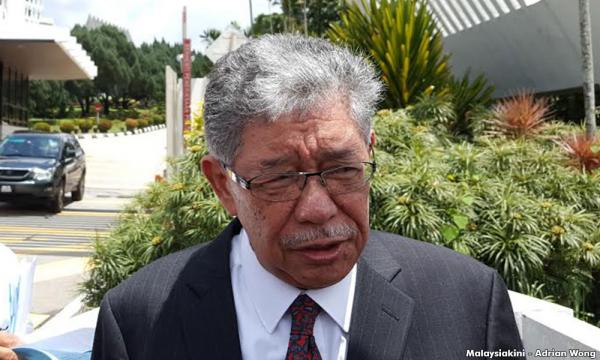 This was disclosed by Tawfik's lawyer, Mansoor Saat, following case management today. Mansoor told reporters that although the application was filed two months ago, the plaintiff only received it on Oct 13.

Following this, Mansoor said, Justice Kamaludin Md Said of the High Court in Kuala Lumpur fixed Jan 11 to hear the striking-out application before the leave application.

According to the lawyer, Pandikar and Roosme cited Article 62 (1) and Article 63 (1) of the Federal Constitution to argue that the matter was non-justiciable as the matter had been taken to the legislature...