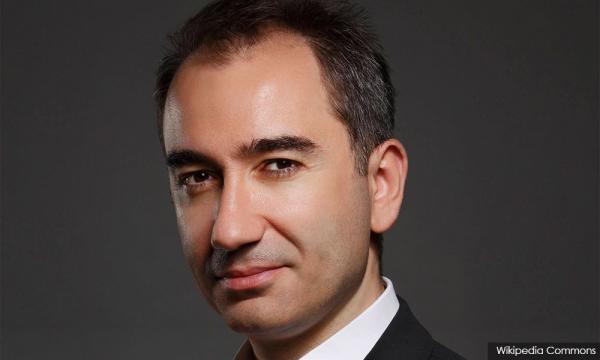 Renowned Turkish author and journalist Mustafa Akyol, who was on Tuesday detained by the Federal Territories Islamic Religious Department (Jawi) for giving a talk on Islam without a permit, recounted how his experience in Malaysia left him "distressed."

Mustafa said after being detained by immigration at the Kuala Lumpur International Airport, he was brought to two police stations, then the Jawi headquarters, and finally to a Syariah Court, where he was interrogated for hours.

"One of the officers... proudly told me that all of this was being done to 'protect religion.

"But I have an important message for her (which I didn't share at the time).

"By policing religion, the authorities are not really protecting it. They are only enfeebling their societies, raising hypocrites and causing many people to lose their faith in or respect for Islam," he said in his latest column in the New York Times today.

Prior to being brought to the Syariah Court, Mustafa said he was locked up at the Jawi headquarters, where he happened to hear a loud Quranic recitation coming from the next room.

"I heard the Quran and for the first time in my life, it sounded like the voice of an oppressor. But I did not give in to that impression.

"'I hear you and I trust in you, God' I said as I prayed, 'despite these bigots who act in your name.'"

Mustafa said the Jawi officers had also repeatedly chided him for daring to recite verses in the Quran that there was "no compulsion in religion."

He said trouble began during his talk on apostasy from Islam at the Royal Selangor Golf Club last Sunday.

"I argued that Muslims must uphold freedom of conscience, in line with the Quranic dictum 'No compulsion in religion'.

"I said that apostasy should not be punished by death, as it is in Saudi Arabia, or with “rehabilitation,” as it is in Malaysia.

"The practice of Islam must be on the basis of freedom, not coercion, and governments shouldn’t police religion or morality," he said.

Mustafa said at the end of his talk, a group of serious-looking men came into the lecture hall and showed him badges that they were religious enforcers.

He was questioned and also warned about holding another talk on Tuesday, which was on the commonality of Islam, Judaism and Christianity, which was subsequently cancelled.

Therefore it came as a surprise when he was arrested at the airport.

To be fair, Mustafa said the officers who handled him were not cruel nor rude to him.

"Still, I was distressed: I had been arrested in an alien country whose laws and language I did not understand.

"I had no idea what would happen to me – and, most painfully, when I would see my wife Riada, our two-year-old son Levant, and our two-month old baby, Efe," he said.

Mustafa said he was surprised that he was eventually released and later found out that it was due to diplomatic efforts by the Turkish embassy, including former Turkish president Abdullah Gul and an unnamed Malaysian royalty.