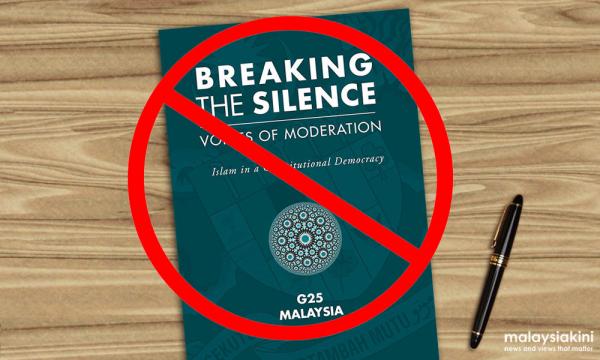 The government has banned a book by G25, a national group of Malay-Muslim leaders, on the grounds that its content which touches on Islam’s position in a constitutional democracy such as Malaysia was deemed to be prejudicial to public order.

Deputy Prime Minister Ahmad Zahid Hamidi, who is also the home minister, had on June 14 authorised the ban on the book titled "Breaking the Silence: Voices of Moderation - Islam in a Constitutional Democracy".

The ban under the Printing Presses and Publications (Control of Undesirable Publications) (No 12) Order 2017 was gazetted into law yesterday, according to the Attorney-General's Chambers e-Federal Gazette.