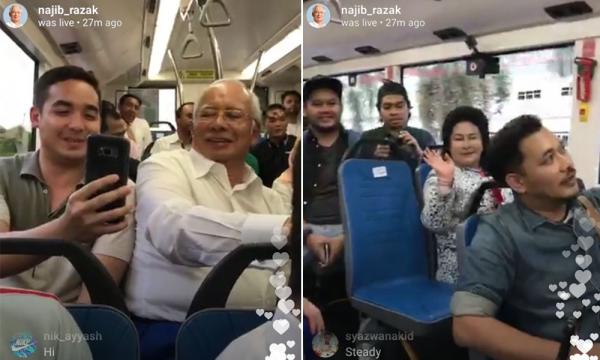 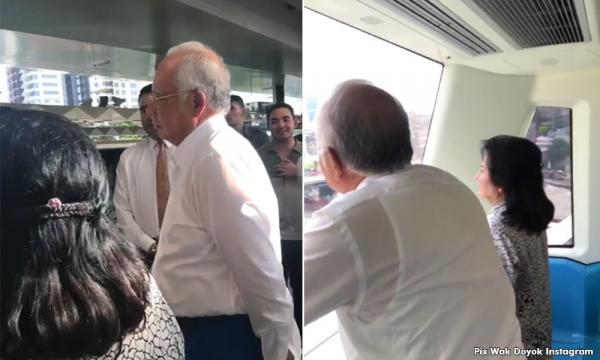 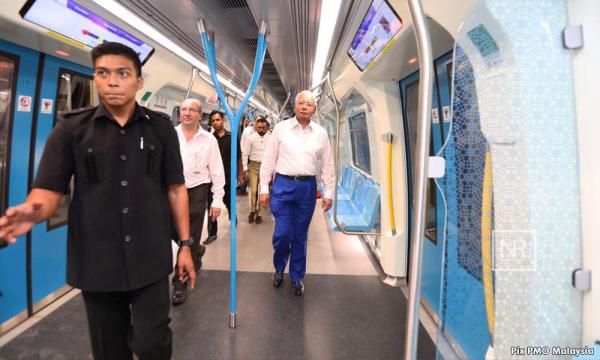 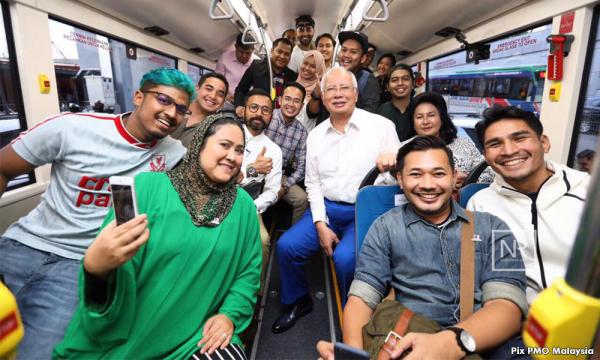 Prime Minister Najib Abdul Razak and his family went on a little trip today, to test out the second phase of the Sungai Buloh-Kajang MRT line.

Malaysiakini understands that the trip was closed off to the media, but social media influencers such as Wak Doyok, who accompanied the family, gave some insight as to how the trip went.

Najib, accompanied by his wife Rosmah Mansor and their son Ashman, arrived at the Pusat Bandar Damansara MRT station about 6pm, and were given a briefing about the MRT.

From there, they took a ride onto the new underground sections of the MRT before eventually taking a feeder bus.

During the bus ride, at one point Rosmah asked Najib to play music from his phone so the ride "won't be so boring".

Najib complied and put on the song "Perfect" by Ed Sheeran.

The couple, however, appeared to be in good spirits throughout the ride.

Some MRT commuters, however, were less than thrilled by Najib's presence on the train.

Lawyer Andrew Khoo posted on Facebook that passengers that were on the MRT before Najib boarded were forced to the back of the train to make room for the premier and his entourage.

He said that he was on the MRT from TTDI heading to Semantan at approximately 6.06pm.

"At Phileo Damansara the folks pictured in my (Facebook) posting boarded the train and said the PM was going to come aboard the train and asked us to move to the back of the train. This was at 6.11pm.

"When I got out at Semantan, which is where regular passengers have to get out, the boarding party stayed on the train and proceeded to the next station which is still officially not opened," he explained.

The Pusat Bandar Damansara station where Najib received his briefing is before the Semantan station. 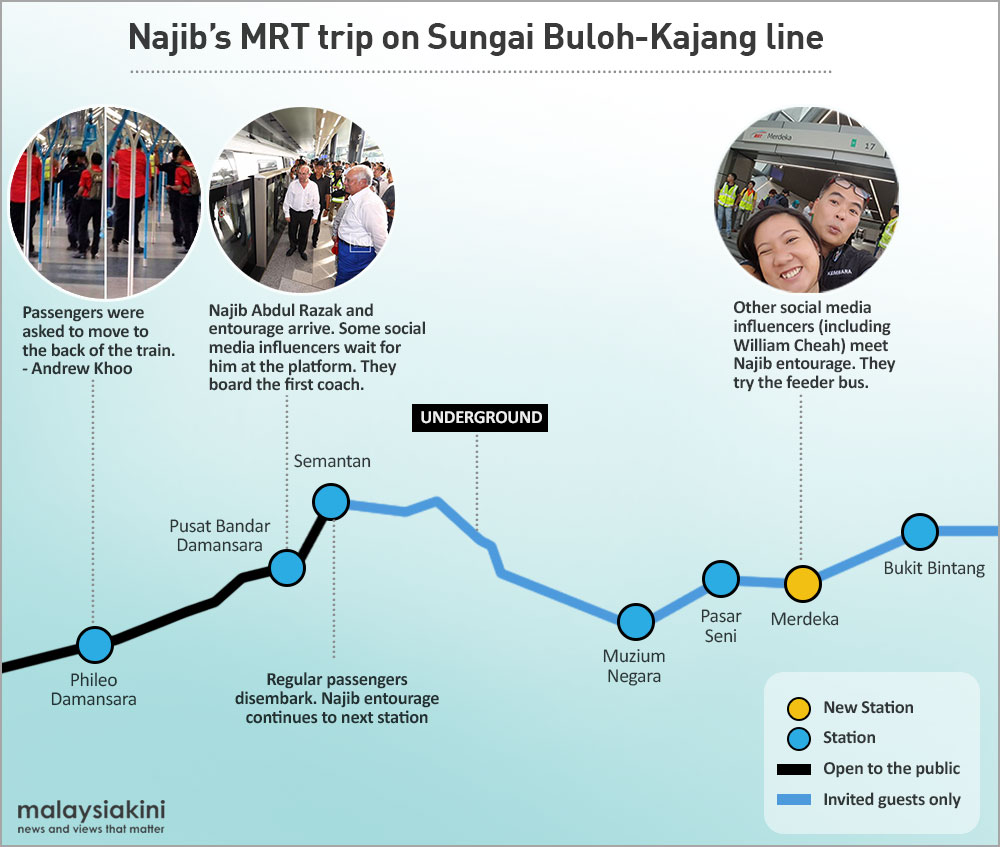 Khoo's explanation was in response to William Cheah, who in a Facebook posting denied that commuters were made to move back.

Cheah was among 16 social media influencers invited to go on the feeder bus and MRT trip with Najib, to provide feedback on the new line.

"We were waiting for him (Najib) at Merdeka Station.

"When we got on board with him from that station onwards till the end, I can 100 percent guarantee there was not a single uninvited person in the train or feeder bus with the whole group," Cheah told Malaysiakini.

He said the event was not a "PR stunt".

"It wasn't to make it seem like he was a man on the street," he said.

The MRT is an achievement Malaysians should be proud of whether or not it was built by a BN or Pakatan Harapan government, he said.

"I was quite impressed with the station and the line," he said but added he did give feedback for improvement.

Currently, the public can only use the MRT from Sungai Buloh to the Semantan station.

On July 17, the rest of line will be opened, allowing passengers to travel all the way to Kajang.

The opening of the second phase will see the MRT finally connect with other rail services in the Klang Valley.