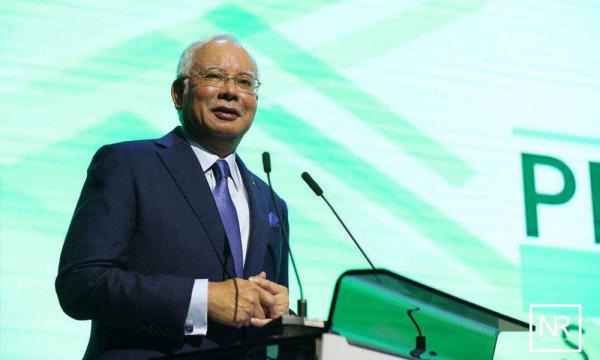 MP SPEAKS | Over the past two weeks, Prime Minister Najib Razak and the Finance Ministry (MOF) have been making a whole series of announcements, varying them along the way.

First, MOF surprised the markets with the sudden termination of the sale of 60 percent interest in Bandar Malaysia to the consortium led by Iskandar Waterfront Holdings (IWH) for RM7.41 billion. According to MOF, IWH and it’s partner, China Rail Engineering Corporation (CREC) failed to fulfil their financial obligations under the agreement despite more than 10 extensions granted.

However, despite the purported breach of contract by the IWH consortium, which should have led to an event of default requiring the forfeit of the 10 percent deposit paid, the MOF decided to refund the RM741 million deposit paid in full.

Then the markets were fed “rumours” from official sources that the agreement was terminated as the prime minister, was expected to sign and agree with China’s Dalian Wanda, owned by China’s richest man, Wang Jianlin for Bandar Malaysia. The expected agreement was purportedly worth more than US$8 billion.

However, during the Beijing meet between Najib and Wang on May 13, the latter offered nothing other than polite, diplomatic and measured praise for Malaysia. The prime minister had to return home empty-handed, not even with a perfunctory, non-committal memorandum of understanding (MOU) as is typically signed during such high-profile events.

Suddenly, with the embarrassing failure by the prime minister to secure any deal with Wanda, The Star reported on May 15 that according to a government source in Beijing, “Chinese Prime Minister Li Keqiang told Najib that China hopes the deal on Bandar Malaysia stays unchanged. Najib may have to take the Chinese wishes into consideration.”

It was further reported that Najib said then that the formula for equity stakes in Bandar Malaysia would be changed and that foreign participants would not be just Dalian Wanda Group alone. “We will take into account the position of CREC and other groups that are interested, including Wanda,” he said.

However, yesterday, back in Malaysia, the prime minister appeared to have changed his tune again. He said, contrary to some erroneous reports, the termination of the previous agreement with IWH CREC Sdn Bhd is final, and will not be reinstated.

"The selection process for the master developer will involve very strict criteria, including a proven track record, speed of delivery, content creation, and the financial capability to deliver a project of this scale. The highest possible value will be sought to ensure the best deal for the taxpayer is obtained," he added.

It appears very clear that the Bandar Malaysia development lacks any direction, and Najib Abdul Razak is making up plans has he goes along. And as policies get varied by the day, the market reaction can only be best encapsulated by the wild gyrations of the Iskandar Waterfront City Bhd over the past two weeks.

Such ad-hoc policy making pronouncements are completely detrimental to the MOF’s objective of snaring a new investor for the project. Instead, potential buyers will only be frightened off by the policy flip-flops which can take place in Malaysia, providing them with little confidence and certainty over their investment in the country.

We urge the Finance Ministry to deliberate in-depth the developments over the past two weeks carefully before making any more vacuous decision announcements. Najib Razak must not forget the fact that the original sale to the IWH consortium was finalised only after a six-month global hunt for investors by CH Williams, Talhar & Wong, the 1MDB-appointed real estate brokers, in 2015.

The offer by IWH consortium, despite their apparent inability to fulfil their financial obligations, was the then highest offer on the table. Instead of making empty promises of selling Bandar Malaysia at substantially higher prices which may in turn cripple the viability of the proposed economically beneficial projects, the MOF must study in-depth the types of development in Bandar Malaysia which will generate the most economic multiplier effects for the country, with an emphasis of supporting competent local developers and businesses.