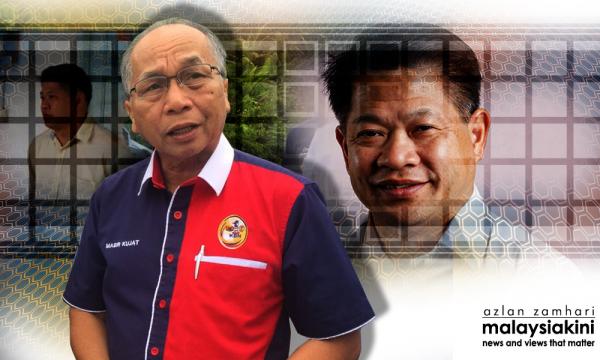 The Home Ministry will investigate DAP Pujut assemblyperson Dr Ting Tiong Choon on his purported holding of Malaysian and Australian citizenship as it has received a complaint, Borneo Post reported today.

“The Home Ministry staff will take the lead to investigate the issue. Ting will be called up for interview," Deputy Home Minister Masir Kujat said.

“It was reported that Ting acquired Australian citizenship in 2010. And according to a news report, when he applied for the Returning Expert Programme (REP) in 2014, he applied as a Malaysian.

“It was also reported that he only renounced his Australian citizenship in 2016, just two weeks before the May 7 state election. All these details are from the press.

"The Home Ministry will conduct its investigation to see if this information is correct,” Masir said, adding that a report, which will include a recommendation on the next course of action, would be submitted to the home minister once the investigation is concluded.

Deputy Prime Minister and Home Minister Ahmad Zahid Hamidi will decide then what to do,” he told Borneo Post yesterday.

'This is a political conspiracy'

When contacted, Ting said he would cooperate with the ministry in its probe against him. However, he said, the ministry has yet to summon him on the matter.

"This is a political conspiracy," he told Malaysiakini.

Ting said a similar report was lodged against him on the allegation during last state election, but the police found no evidence of it.

"They failed to get rid of me then, so they did it again now," he said.

Sarawak DAP is set to challenge the validity of Ting’s disqualification in court.

The Election Commission (EC) will hold a special meeting on Friday to discuss the by-election for the Pujut state constituency.

Ting won in a four-cornered fight in the last state election, with a majority of 1,759 votes.