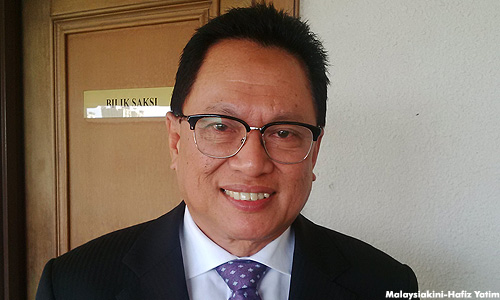 The settlement between 1MDB and the Abu Dhabi's International Petroleum Investment Corporation (IPIC) has derailed the US Department of Justice (DOJ) civil suit to seize more than US$1 billion in assets allegedly purchased using funds siphoned from 1MDB, said an Umno leader.

"This arbitration settlement has weakened the US DOJ civil suit and claims that 1MDB's funds were stolen," said Umno supreme council member Mohd Puad Zakarshi in a statement today.

The settlement announced yesterday will see 1MDB pay IPIC US$1.2 billion, as repayment after IPIC covered interest payments on 1MDB bonds in June 2015.

1MDB was supposed to pay IPIC US$3.5 billion for guaranteeing the bonds but IPIC said it never received payment.

1MDB said it had paid Aabar BVI, a British Virgin Island registered entity with an almost identical name as IPIC's subsidiary. IPIC said it is not linked to Aabar BVI.

This portion of the dispute will be further negotiated in "good faith" between the parties, IPIC said in its filing to the London Stock Exchange yesterday.

"The parties have also agreed to enter into good faith discussions in relation to payments made by 1MDB Group to certain entities," it said.

Meanwhile, Puad said the settlement shows that 1MDB will be able to pay its debts without touching taxpayers' funds.

This is through monetising the "investment units" redemeed from the Cayman Islands and held in a Singapore bank via 1MDB's subsidiary Brazen Sky Limited, which is reported to be worth US$940 billion.

"These obligations will be met by 1MDB, primarily via monetisation of 1MDB-owned investment fund units. 1MDB is pleased to confirm that a first tranche monetisation of approximately US$50 million has been received, in cash," 1MDB said yesterday.

The Prime Minister's Office said 1MDB will cash out all of its "investment fund units".

Puad said this shows that the "investment units" have value, and are not worthless as earlier claimed by the opposition.