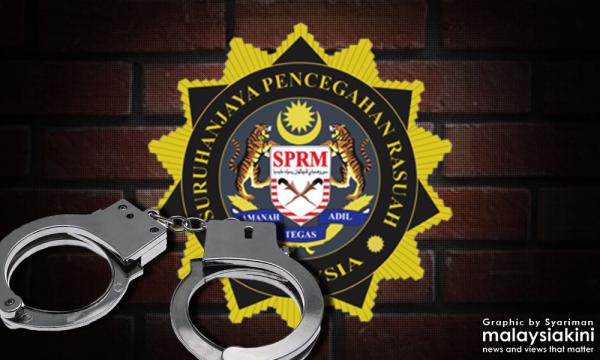 The Malaysian Anti-Corruption Commission today arrested the secretary-general of a federal ministry in USJ Subang Jaya over suspected corruption.

According to an MACC source, the 59-year-old Datuk was arrested at his home at 8am and taken to Putrajaya for investigation.

"The suspect was arrested for allegedly having used his position to abuse his power and accept bribes," the source said to Bernama.

He said the MACC was conducting further investigation at the suspect's house.

Azam declined comment when asked for the identity of the secretary-general.

In a statement later, Azam revealed that a 29-year-old man was also arrested in relation to the case.

"The 29-year-old man, who is linked to the secretary-general, is believed to have received and stored proceeds from corruption from contractors, suppliers and vendors," he said.

He said that both suspects were arrested in Subang Jaya at 8am today.

Azam said to date, the MACC had confiscated RM3 million worth in cash and in gold bars in the case.