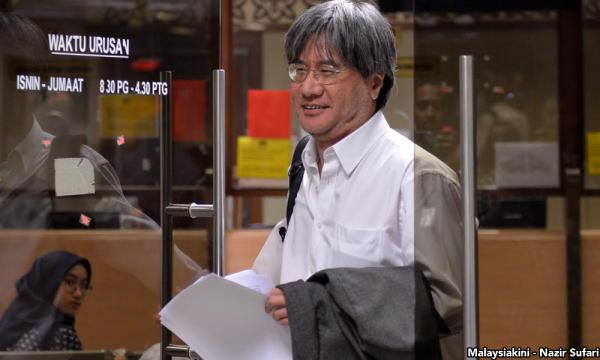 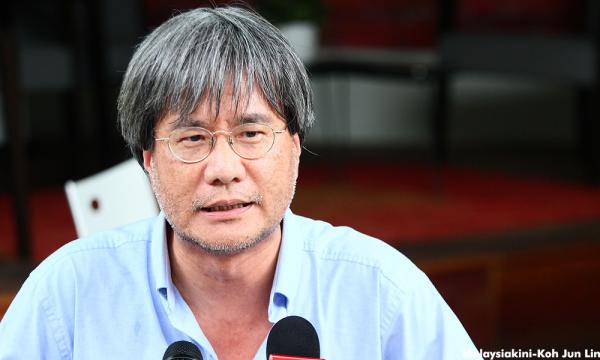 Malaysiakini editor-in-chief Steven Gan today claimed trial in the Kuala Lumpur Sessions (Cyber) Court to two charges of airing an offensive video on the KiniTV website, which was viewed by the public.

The video is of a press conference held by former Batu Kawan Umno division vice-chief Khairuddin Abu Hassan titled 'Khairuddin: Apandi Ali is not fit to be AG and he should quit immediately'.

The video was uploaded in both the English and Bahasa Malaysia sections of KiniTV on July 27.

KiniTV Sdn Bhd was charged under Section 233(1)(a) of the Communications and Multimedia Act 1998 (CMA), which criminalises the deliberate and improper use of network facilities for communications that are deemed offensive, false or obscene, among others. 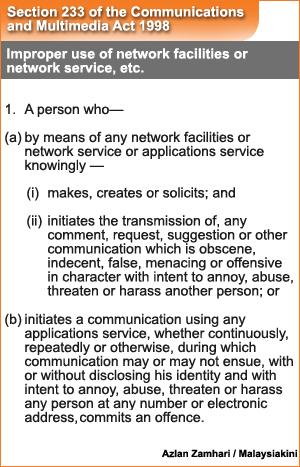 Gan also faces two separate charges of being a director of KiniTV, which aired the video of the press conference in BM and English.

Gan's charge under Section 244(1) of the CMA carries the same penalty upon conviction.

Section 244(1) holds directors and other senior officers of a company liable for offences committed by the company that is punishable under the CMA.

This is unless they can prove that the offence was committed without their knowledge or consent, or they have taken all reasonable precautions to prevent the commission of the offence.

The complaint came from an officer from the Attorney-General’s Chambers.

Malaysian Communications and Multimedia Commission's head of prosecution Mohd Sophian Zakaria requested for bail at RM10,000 for each charge.

However, lawyer Fahri Azzat submitted that Gan would not abscond on bail as he operates Malaysiakini almost on a daily basis.

Fahri also pointed out that in a similar case involving Zaid Ibrahim, no bail was ordered, and in another case involving Subang MP Sivarasa Rasiah, a nominal bail of RM2,000 was imposed.

The lawyer applied for a personal bond to be given.

Sessions judge Zaman Mohd Noor fixed bail under a personal bond of RM2,000, without surety, for each of the four charges.

Zaman then fixed Jan 3 for case management. The judge also ordered the prosecution to file the relevant documents. Gan and KiniTV were represented by Fahri, K Shanmuga and James Khong.

Lawyer Ambiga Sreenevasan appeared for the National Human Rights Society of Malaysia (Hakam), of which she is also the president.

Meanwhile, another KiniTV director, Premesh Chandran who faces similar charges as Gan, was not charged today after the court was informed that he is on sabbatical and now resides in London, England.

The prosecution contended that summonses had been served on Premesh after it was accepted by KiniTV yesterday.

In reply, Fahri argued that it must be served on the person named and cited Section 35(1) of the Criminal Prodecure Code, which states that "the summons shall if practicable be served personally on the person summoned by showing him the original summons and by tendering or delivering to him a copy thereof under the seal of the court".

Judge Zaman subsequently ruled that the summons must be served personally on Premesh, who is also Malaysiakini chief executive officer.

Gan, after signing the personal bond papers, vowed that Malaysiakini would fight the charge.

"We shall defend ourselves vigorously and prove in court that by covering the press conference, we did not commit any crime but were merely doing our job as journalists," he said.

Gan also said he would discuss with his lawyers on subpoenaing attorney-general Mohamed Apandi Ali to testify.

"He will have to explain why reporting someone describing a public official as worthless is a crime," he added.