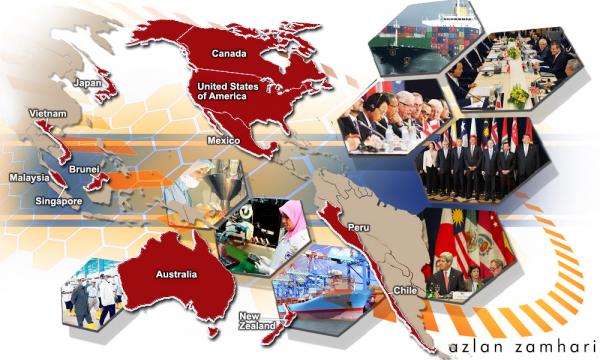 US Senate Majority Leader Mitch McConnell has dashed any remaining hopes that President Barack Obama's signature Pacific-Rim trade deal would come up for a vote before president-elect Donald Trump takes office in January.

"It's certainly not going to be brought up this year," McConnell said of the 12-country Trans-Pacific Partnership Agreement (TPPA) at a news briefing in Washington.

McConnell said any decisions on TPPA or other future trade agreements would be up to Trump, who would still have the authority for four more years to negotiate "better deals" with expedited approval procedures in Congress.

Trump excoriated TPPA on the campaign trail as a "disaster" and "a rape of our country," tapping into populist anger at globalisation, trade and manufacturing job losses that helped propel his candidacy.

"It's fair to say that TPP is now in the dustbin of history," said Gary Hufbauer, a senior fellow at the Peterson Institute for International Economics, a pro-trade think tank in Washington. "I don't see a path forward for the United States to join."

"Trump will never again sacrifice the US economy on the altar of foreign policy by entering into bad trade deals like the North American Free Trade Agreement, allowing China into the World Trade Organisation, and passing the proposed TPPA," Navarro and Gray wrote in Foreign Policy magazine.

"These deals only weaken our manufacturing base and ability to defend ourselves and our allies."

The Obama administration has been promoting TPPA among lawmakers and industry groups in anticipation of a long-shot, post-election vote despite opposition to the deal by Trump and his Democratic opponent, Hillary Clinton.

While there are many Republican supporters of free trade and TPPA in Congress, McConnell and House of Representatives Speaker Paul Ryan said yesterday they were now focused on laying the groundwork with Trump to pass Republican-focused healthcare and tax reform legislation next year.

A spokeswoman for Ryan said he had not had a change of heart since he said on a radio talk show in October that the House would not bring TPPA up for a vote because of problems with several provisions and insufficient support in the House.

McConnell said his priorities for the post-election "lame-duck" session were passing a government funding extension and medical innovation legislation.

"President Obama does continue to believe that this is the best opportunity that the Congress has to take advantage of the benefits of a Trans-Pacific Partnership Agreement that cuts taxes, 18,000 taxes, that other countries impose on American products," Earnest told reporters. "We've got a strong case to make."

But the strong vote for Trump in industrial states made it unlikely Republicans would be willing to go against him on trade policy, analysts said.