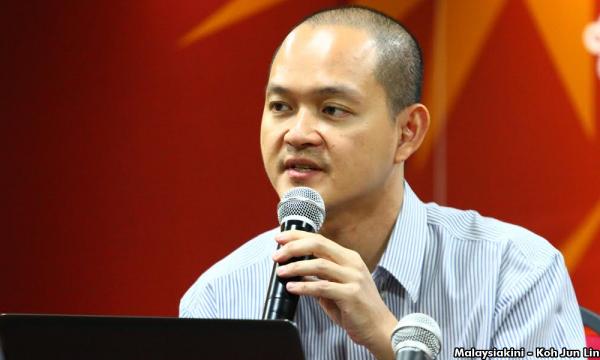 Despite being touted to boost Malaysia into becoming a high-income nation, the Economic Transformation Programme (ETP) has failed to create more high-skilled jobs in the labour market, according to Penang Institute’s Kuala Lumpur general manager Ong Kian Ming.

On the contrary, the net number of high-skilled jobs created since ETP’s launch in 2010 had actually reduced, he said.

Between 2006 and 2010, there were a total of 587,000 net new high-skill jobs created, based on the think tank Penang Institute’s calculations and the Department of Statistic’s labour force statistics.

“(A total of) 2.2 million new jobs have been created, but there is a shortage of high-skilled jobs for an increasingly well-educated workforce,” he told a forum on the labour market in Kuala Lumpur today.

Last year however, the proportion of graduates have increased to 28 percent, yet the number of high-skilled positions available had stagnated and fallen to 25 percent.

In addition, there is an increase in the number of tertiary education graduates and women entering the growing informal job market, which is lacking in legal protection and employment benefits.

He said the proportion of graduates in the informal labour sector was 8.6 percent in 2012, but this increased to 11.8 percent by 2015.

At the same time, the proportion of those with only primary-level or no formal education in the informal job market had actually fallen, from 31.1 percent in 2012 to 26.6 percent in 2015.

Overall, the proportion of the labour force in informal employment had grown from 9.33 percent to 11.39 percent over the same period.

This is to entail the creation of 3.3 million jobs in 12 different sectors dubbed ‘National Key Economic Areas’ (NKEA). Fifteen percent of these are to be high-income jobs with a salary of over RM7,000, and 49 percent are to be middle-income jobs earning between RM2,000 and up to RM7,000.

However, with only four years to go, the only sector to have come close to its 2020 target is the wholesale and retail sector.

The sector is supposed to have 595,000 new jobs by 2020, and 474,000 have been created as of last year. This is the closest sector to have come to reaching its job creation target.

The second closest however is the education sector, with only 120,000 jobs created out of the 536,000 targeted.

In the financial services sector, which is the third closest, there were only 31,000 jobs created out of the 275,000 targeted.

However, Ong noted that there are also high levels of youth unemployment and under-employment compared to the overall unemployment rate.

From 2012 onwards, he said over half of new diploma graduates were accepted into middle-to-low skill jobs that do not require university-level education.

These tend to be sales and services jobs that typically only require high school training.

Ong urged that the government and the private sector should cooperate in limiting the intake of foreign workers, including by putting a cap in the number of intakes and gradually increasing the levy on foreign workers .

In addition, labour-intensive industries should be given incentives to invest more in research and development, and to boost automation in the industry.

He said there should also be more partnerships between industry and educational institutions, particularly vocational colleges, as well as interventions to boost the quality of tertiary graduates.