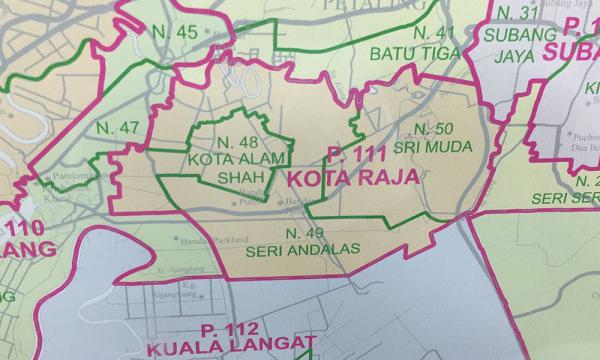 COMMENT It has been two weeks since the controversial release by the Election Commission (EC) of the 2016 delimitation (redelineation) exercise.

Many individuals, political parties (including BN component parties) and NGOs have criticised the unfairness of this delimitation exercise on a number of grounds, including worsening the gap between the largest and smallest parliamentary seats and gerrymandering boundaries in order to help Umno win back marginal seats.

I have spent all my time analysing the detailed political impact of this delimitation exercise on each state and parliament seat in peninsular Malaysia and Sabah.

It is my intention to share my analysis to the public in a systematic manner so that public awareness on this delimitation exercise can be raised.

At the same time, I hope that this series of articles on the 2016 delimitation exercise can be used as reference material for academics and researchers, not just in Malaysia but also from abroad, who are interested in electoral gerrymandering and malapportionment.

In addition, I hope that some of this analysis can be referred to if anyone decides to take up a legal challenge against this delimitation exercise.

In this first part of my analysis, I want to contextualise how unfair the 2016 delimitation exercise is from a historical perspective.

Many commentators have used the Petaling Jaya Utara parliament seat, renamed as Damansara, as the main exhibit to demonstrate the unfairness of this delimitation exercise.

The number of voters in this constituency increased from 85,401 voters in the 2013 general elections to 150,439 voters under the 2016 delimitation exercise.

But PJU/Damansara is just one seat. How about the rest of the parliament seats?

To be more specific, how badly have the constituencies been malapportioned as a result of the 2016 delimitation exercise?

We all know that Malaysia has one of the biggest discrepancies in terms of the difference in the number of voters in the parliament seats.

There is no maximum deviation or ratio specified so the difference between the largest and smallest parliament seat can be more than 8 to 1 (PJU / Damansara to Putrajaya).

But we need a measurement which takes into account the malapportionment involving all the parliament seats and not just the ones which are at the extremes.

Thankfully, academics have come up with such a measure for malapportionment.

Democratic countries with proper checks and balances on how voters are distributed among electoral seats have low levels of malapportionment.

This is clearly spelt out in Section 2C of the 13th Schedule of the Federal Constitution where it is stated that:

2. The following principles shall as far as possible be taken into account in dividing any unit of review into constituencies pursuant to the provisions of Articles 116 and 117 -

(c) the number of electors within each constituency in a State ought to be approximately equal except that, having regard to the greater difficulty of reaching electors in the country districts and the other disadvantages facing rural constituencies, a measure of weightage for area ought to be given to such constituencies;

From Figure 1, it is clear that the levels of malapportionment in peninsular Malaysia have reached historic proportions after the 2016 delimitation.

In Malaysia, not only did the 2016 delimitation not adhere to the one-man-one-vote principle, the level of malapportionment actually increased from 0.139 to 0.141.

(How to calculate the malapportionment index)

Another way for us to examine the level of malapportionment before and after each delimitation exercise is to calculate the number of seats which exceed a certain maximum deviation limit.

In reality, some deviations from this average are allowed in order to take into account rural weightage, administrative efficiency and other factors.

But in order to ensure that the one-man-one-vote principle continues to be preserved, most democratic countries using the First Past the Post (FPTP) electoral system (including the UK, Australia, Canada, the US, India and Malaysia just to name a few) have a maximum deviation percentage.

This is the maximum allowed for deviation from the average number of voters (otherwise known as the ‘electoral quota’).

For example, Australia’s maximum deviation limit from the electoral quota is 10 percent.

This means the number of voters in a parliamentary seat can go up to 10 percent higher or lower from the average.

The Reid Commission proposed that Malaysia adopt a 15 percent maximum deviation rule in order to take into account rural weightage.

But unfortunately, this rule was never adopted by the Election Commission.

I used a more permissive maximum deviation rule of 25 percent to calculate the number and percentage of seats which did not fulfil this limit before and after each delimitation exercise from 1974 to 2016.

The results are shown in Figure 2 below.

From Figure 2 above, what is very clear is that the percentage of seats which exceed the 25 percent maximum deviation limit has reached a historic level in 2016.

It has now reached a historic high whereby almost 51 percent of parliamentary seats in peninsular Malaysia exceed the 25 percent maximum deviation limit after the 2016 delimitation exercise.

It is not just PJU/Damansara which has been affected but many other seats as well.

Malapportionment is only one of the weapons which is used by the EC in order to enhance the electoral advantage of the incumbent regime.

The other weapon, which has not been used as frequently as malapportionment, is gerrymandering or the redrawing of boundary lines in order to systematically give one side an electoral advantage.

I will highlight specific examples of gerrymandering on a state by state basis in the next articles in this series.

The chart below lists the size of all 165 parliamentary seats in peninsular Malaysia after the redelineation.

Those in blue mean they are within the 25 percent deviation limit whereas those in red have gone over the limit.

ONG KIAN MING is the MP for Serdang and has been studying the delimitation process in Malaysia for more than 10 years. He can be reached at [email protected]