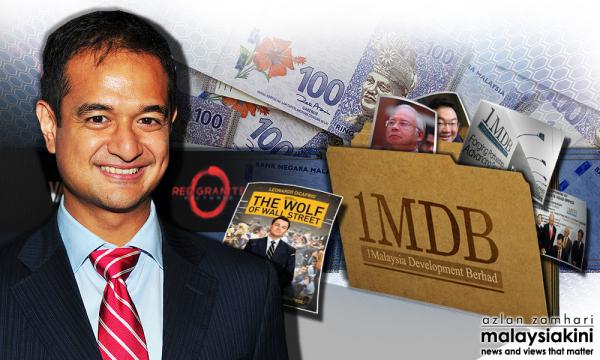 Red Granite Pictures has denied allegations that it used stolen funds from 1MDB to produce the Hollywood film 'The Wolf of Wall Street'.

This comes after the US Department of Justice identified Red Granite's chief executive Riza Aziz as a central figure in its civil forfeiture suit, which seeks the return of US$1 billion in allegedly misappropriated funds originating from 1MDB.

Responding to this, Red Granite said its executives had not knowingly used stolen funds.

"To Red Granite’s knowledge, none of the funding it received four years ago was in any way illegitimate and there is nothing in today’s civil lawsuit claiming that Red Granite knew otherwise.

"Red Granite continues to cooperate fully with all inquiries and is confident that when the facts come out, it will be clear that Riza Aziz and Red Granite did nothing wrong," the company said in a statement yesterday, as reported today by the weekly US entertainment magazine, Variety. 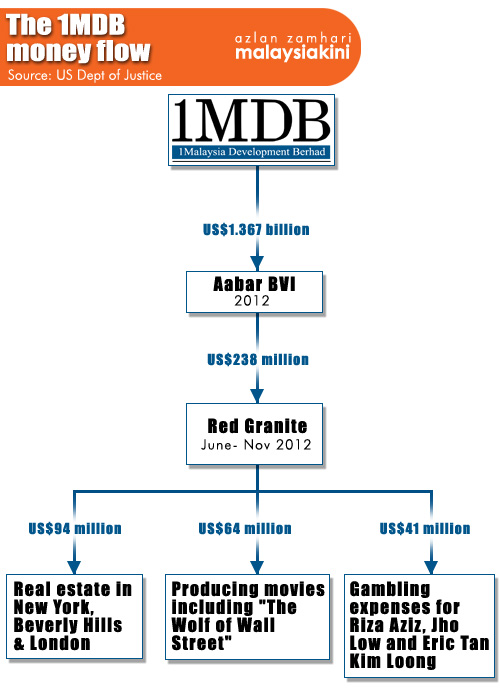 Riza, who is Prime Minister Najib Abdul Razak's stepson, had previously denied that they had received funds from 1MDB.

However, the the US Justice Department has filed a forfeiture suit in a Los Angeles court, saying that Red Granite received US$64 million that was traced back to 1MDB.

While the department cannot retroactively seize the company's revenue from the 'The Wolf of Wall Street', the lawsuit seeks to forfeit any future revenue from the film that is due to Red Granite.

The production house has also been reported as saying that this lawsuit would not affect their ongoing operations.

“Red Granite does not expect the lawsuit – which is limited to future proceeds generated by a single film, and which was not filed against Red Granite or any of its employees – to impact its day to day operations, and the company continues to move forward with exciting new projects,” Red Granite Pictures said.

According to the lawsuits, funds from 1MDB were "misappropriated" to purchase assets, including mansions, artwork, a private jet and to cover gambling debt in Las Vegas casinos.

The seizure of the assets, worth about US$1 billion, is the largest by the Department of Justice to date.

Najib is not named in the lawsuits.

Malaysian gov’t will cooperate with US lawsuits on 1MDB

1MDB says it didn't benefit from items listed in US suit

Minister: Don't rush to judgment on 1MDB crackdown in US

No escape for Najib’s 1MDB troupe