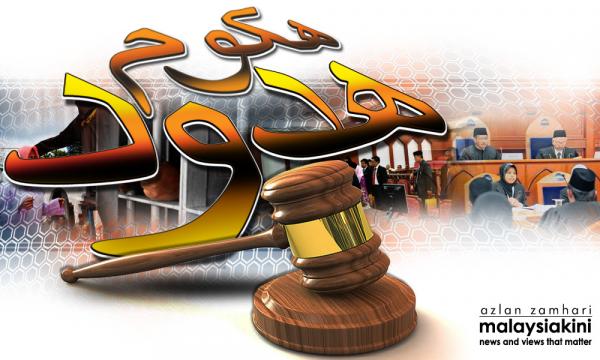 COMMENT Firstly the writers applaud Harinder Singh for his effort to enrich the Malaysian society with more academic literatures by writing articles entitled 'Don't Let The Constitution Become A Tool Of The Few published in Free Malaysia Today' and 'Our constitution - an undermined document' published in Malaysiakini both dated July 9, 2016.

It is impressive that Harinder Singh managed to churn out two separate albeit similar articles in a day and the writers note the effort that must have been put into the articles.

That being said, the writers wish now to state the factual inaccuracies latent in the two articles.

Before doing so, the writers take this opportunity to invite Harinder Singh to read previous writings by fellow activists from Concerned Lawyers for Justice primarily in the press statements entitled ‘Hudud Reinforces the Constitution’ dated Dec 14, 2014 and ‘Hudud and the Federal Constitution’ dated March 22, 2015 published in Malay Mail Online and Astro Awani.

Secondly, from thereon Harinder Singh went on to summarily dismiss any effort to implement hudud as a “clear contradiction with our constitution”, and illustrated his point by quoting contradiction against Article 8 of the Federal Constitution.

In reply, the writers repeat their earlier stance and state that hudud does not offend the principle of equality before the law and equal protection of the law in Article 8(1) as decided cases on this stress the reasonable classification test which is itself divided into two limbs - intelligible differentia or who falls within what is sought to be legislated as opposed to who does not, in this case, Muslims as opposed to non-Muslims; and secondly whether the differentia is rationally related to the object of the legislation, in this case, Muslims who seek to be governed by the injunctions of Islam, which includes hudud.

The fear of Islamic criminal laws has always been based on unfounded legal basis.

The controversial provisions such as false accusation (qazaf), adultery and alcohol consumption have been enacted and implemented for ages. Yes, our constitution does allow for the enactment of these offences under the state Islamic laws and they are, in reality, enforced.

Thirdly, Harinder Singh went on to say that the very discussion on implementation of hudud is a clear disregard to the fabric of our constitution.

The writers vehemently reject such an allusion and state that Malaysia's Islamic laws have existed from as early as 15th century Malaccan Sultanate. ‘Risalah Hukum Kanun, Undang-Undang Melaka and Undang-Undang Pahang’ were the Islamic codes of laws which existed during that period.

Before the arrival of the British, Islamic law was the law of the country as held by Edmond JC in the case of Sheikh Abdul Latif vs Shaik Elias Bux. Consequently Islamic law is not extrinsic law but a local law as held in the case of Ramah vs Laton, and is inherent in the very fabric of our local laws.

This position is clearly recognised by the provisions in Article 3 of the Federal Constitution, where there are and have always been official state institutions set up to manage Islamic affairs. This clearly contradicts the tenets of secularism and this is how the framers of our Federal Constitution intended our constitutional makeup to be.

To now say otherwise is simply a redundant, childish act that aims to disregard the true Malaysian history.

Fourthly, and flowing from the above, Harinder Singh’s insinuation that the Malaysian Federal Constitution is secular is historically and legally incorrect. The framework of our constitution is and has always been carrying Islamic values and principles.

Article 145(3), for example, excluded the powers of the attorney-general from being exercised in the Syariah Courts. Article 8(5) allows the parliament and the state assembly to enact personal law to govern the Muslims in the country, not to mention Article 121(1A) which separates the jurisdiction of the High Court and the Syariah Courts.

As much as it accords for the implementation of the civil and secular laws, our constitution also accords for protection towards Islamic law. To suggest that our constitution lacks Islamic values and principles is plainly wrong and disrespectful. Had the constitution been destined to be a secular one, Articles 3, 8(5) and 121(1A) would not have existed.

Fifthly, Harinder Singh went on to criticise any effort by those who seek to implement hudud as having “no regard to the constitution; to ardently advance their interests further, they exhibit no reverence for the very fabric of our constitution with dubious misinterpretations in what reflects seemingly to be a silent attempt at rewriting our constitution as it stands".

It is worth noting and stating that in all of the efforts by the Kelantan state government to amend its state syariah criminal code, the state government has always been adhering to the secular fiat and process that are encapsulated in the Federal Constitution including by introducing the private bill to enable Kelantan to enforce Islamic penal laws previously passed in Kelantan.

Lastly, the writers wish to note that the scepticism against anything with an Islamic label is much worrying. The constant attack against Islamic Criminal Law and the Syariah Courts which have been looming around for the past several years have resulted in unrest among both secularist and Islamist's camps.

Both secularists and Islamists need to understand that our Federal Constitution shares the values both camps are seeking for and it is time for both camps to unite together to ensure that any implementation of laws is done properly rather than to squabble on non-starter issues.

MOHAMAD SIDDIQ AZANI and FATIHAH JAMHARI are lawyers practising in Selangor and Kuala Lumpur respectively. They are activist members of Concerned Lawyers for Justice (CLJ).