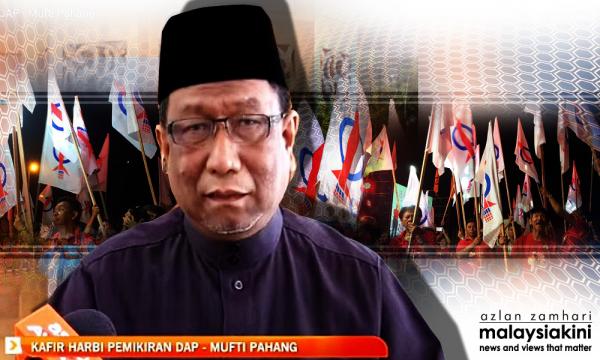 In a statement, G25 pointed out that the IS has been using religion to seize power and establish its own system of government based on extremist Islam.

“According to this group (IS), it is permissible to take the blood (kill) of non-Muslims or others who have differing views on Islam.

“This understanding is very dangerous for our country that is multi-racial and multi-religion. The government and authorities should urgently crack down on this matter,” said G25.

Rahman had last Friday in an Utusan Malaysia report likened the DAP to kafir harbi, a term for non-Muslims who wage war against Islam, and thus permissible to be slain.

He also said it was a cardinal sin to cooperate with the party that has been vocal in opposing the implementation of hudud (the Islamic penal code).

Despite an outcry that ensued, Rahman later defended his remarks and said it was not directed at DAP only, but also at all those who opposed Islam.

Commenting further, G25 said the DAP is a legally registered political party and to label it as kafir harbi would be baseless and irresponsible.

“It is ironic that such an allegation comes from a person of high stature in Islam such as the mufti,” said the group.

Critics have also urged authorities to investigate Rahman for sedition over his remarks which they deemed to be a threat to the nation’s stability.