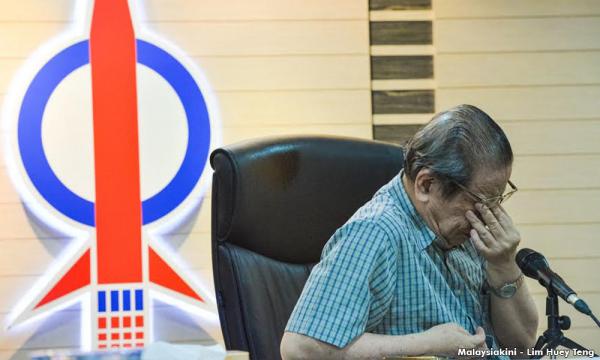 MP SPEAKS I cry for Malaysia - firstly, that in the run-up to the 53rd Malaysia Day on Sept 16 and 59th National Day celebrations on Aug 31, a state mufti could classify non-Muslims Malaysians as “kafir harbi” who could be slain.

I further cry for Malaysia that the state mufti’s statement was made a day after the Islamic State (IS) released a new propaganda video where a Malaysian identified as Mohd Rafi Udin from Negri Sembilan warned that there would be “no peace” for police personnel in the Bukit Aman headquarters.

He also urged IS supporters in Malaysia to employ whatever means necessary to kill non-believers - “Kill them wherever you meet them...if you have a car, hit them...Use your weapon and knives to stab them in the chest”.

The state mufti’s statement has prompted the reaction, “IS is already in Malaysia”, among many Malaysians.

My third cry for Malaysia is that the mufti’s statement was made as part of a high-level Umno/BN political conspiracy after the Sungai Besar and Kuala Kangsar by-elections to incite hatred and animosity among the diverse races and religions to accumulate political capital.

It was spearheaded by the Umno propaganda mouthpiece, Utusan Malaysia, as if there is no rule of law in Malaysia and in utter contempt of six decades of nation-building efforts.

For 59 years from 1957 to 2016, under the premiership of the first five prime ministers, Tunku Abdul Rahman, Abdul Razak Hussein, Hussein Onn, Dr Mahathir Mohamad and Abdullah Ahmad Badawi, no state mufti would have made such an incendiary statement and be carried on the front-page of the Umno mouthpiece.

It virtually declared war not only on non-Muslims but on Muslims as well, as the first five prime ministers of Malaysia, their cabinet ministers as well as their MPs, including Umno MPs for some 60 years, had not agreed with PAS’ hudud proposals.

It had no word about the state mufti’s incendiary statement - which would be completely unthinkable during the times of the first five Malaysian prime ministers.

PAS' version of hudud is not only opposed by DAP, but also by other component parties including MCA, MIC, Gerakan as well as Sarawak’s PBB including its president and Sarawak chief minister Adenan Satem and federal minister Nancy Shukri.

Are they to be killed as well?

The Brexit victory in the UK referendum yesterday will give a fillip to the secession movement for Sarawak and Sabah and the state mufti’s incendiary and divisive statement will give further justification for such a movement, with the strengthening of forces to undermine the fundamental principles and features of the Malaysian Constitution and the Malaysia Agreement 1963.