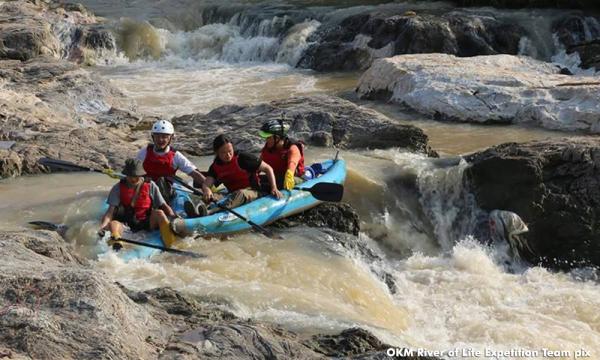 FOCUS Some of you may be wondering why an MP in Selangor is interested in the River of Life (RoL) project which is situated mostly in KL (at least for now). Here’s my explanation.

Firstly, the RoL project is potentially a game-changer in terms of how we can rehabilitate our rivers and turn them into a resource to be enjoyed by all, rather than an ignored asset, which is the current situation.

If the RoL project is shown to work, then it can form the basis of how other rivers and water bodies in Selangor and other urban areas in the country can be rehabilitated and transformed into useful public assets.

A successful RoL project in the heart of KL can be a legitimate iconic project in Malaysia to rival the Cheonggyecheon river rehabilitation project in Seoul, and on a smaller scale, the transformation of Straits Quay and Boat Quay in Singapore into thriving commercial areas with a vibrant night scene.

Secondly, Selangor is also part of the larger RoL project since this Entry Point Project (EPP) under the Economic Transformation Program (ETP) entails cleaning up 110km of rivers in the Greater Klang Valley.

If the initial stage of the RoL project is mismanaged, then the possibility that it will be rolled out to the non-KL sections of this project will be significantly reduced.

Thirdly, even though I grew up in PJ and am now residing in Serdang, KL holds a special place in my heart.

I was born in KL as were my parents. My grandparents on both sides of the family operated businesses along what was then known as Batu Road - what is now known as Jalan Tuanku Abdul Rahman.

My parents met while they were both living in Batu Road and they only moved to PJ after they were married in 1970.

Even while growing up in PJ as a child, I often frequented KL. Whether it was to follow my parents on shopping trips or to visit my grandfather’s curtain shop (which had been passed down to my uncle when I was growing up), old KL was part and parcel of my growing up experience.

Later on, I would work in KL, near Leboh Ampang in what was then the old Citibank KL headquarters, as an intern and after I graduated from university. Jalan Sultan Ismail, Jalan Ampang and Jalan Pudu Ulu were all places I called my office in a five-year span.

It would be very satisfying for me to see a rehabilitated KL that could be enjoyed by more people in a variety of ways that does not include shopping indoors.

Fourthly, I have a somewhat selfish interest. I sincerely hope that the RoL portion of the project in KL will include an uninterrupted pathway for joggers, strollers and cyclists to enjoy alike.

This way, I can get to do two things I really enjoy doing – running and cycling. Who knows, some people may even use these public pathways to get to work!

Fifthly, I hope to learn from the successes and shortcomings of this project in the hope that I can do something on a smaller scale in my own constituency of Serdang (Sungai Kuyoh, for example).

This is the first of a series on the River of Life (RoL) project. Please leave your comments on what you think about this project and what areas I need to pay attention to in regard to this project.

Thanks for your interest and your support!

Tomorrow: Why care about River of Life? It’s a billion-ringgit project