The Chinese embassy in Malaysia has defended its ambassador Huang Huikang's visit to Petaling Street, stating that it was merely a goodwill visit in conjunction with the mid-autumn festival.

The visit on Friday had raised eyebrows as it came on the eve of the planned racially-charged red shirts rally.

Furthermore, the embassy said many tourists from China plan to travel overseas during the long holiday, but news about tensions at Petaling Street has made them worried about their safety in Malaysia.

"The ambassador hoped to show Petaling Street is still a safe and attractive spot, and so is Malaysia," it said.

Huang on Friday handed mooncakes to Petaling Street traders in conjunction with the mid-autumn festival which falls today.

However, his statement that the Chinese government is against racial discrimination and extremism, which appeared to be a subtle reference to the racially motivated protest at Petaling Street led by government-linked figures, surprised Putrajaya.

Wisma Putra reportedly summoned Huang over his remarks and he is expected to provide his explanation to Malaysian officials tomorrow.

In the embassy's statement yesterday, it reportedly said Huang's comments were merely general answers to questions posed by the media.

It added Huang had only expressed hope that Malaysia will remain united, prosperous and harmonious.

"The ambassador was also happy to see there is not only Chinese traders in the Petaling Street, but also traders of other races as well," it said.

It said Huang hopes his goodwill visit will not be misconstrued and affect Malaysia-China ties.

Petaling Street, also known as Chinatown, was the site of a rowdy protest by the red shirts on Sept 16 and was broken up by the police's federal reserve unit using water cannons.

One of the frontmen of the red shirts, Sungai Besar Umno division chief Jamal Md Yunos, threatened another protest on Sept 26 demanding that Chinatown be opened up to traders of other races and accusing businesses there of selling fake goods.

Jamal had alluded to riots if his demands were not met.

He was arrested on Friday and the planned second red shirts protest was subsequently cancelled. 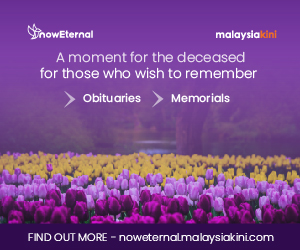