EXCLUSIVE The emergence of 'torture notes' smuggled out of the Kamunting detention camp, where Internal Security Act detainees are held, has raised questions about interrogation methods used by the authorities.

The notes, allegedly smuggled out by camp staff and passed on to Malaysiakini , detail the Guantanamo-style 'torture' experienced by some of the 45 detainees still held at the infamous facility in Taiping, Perak.

No dates are given, but the incidents are said to be from the interrogation process while they were held at a remand facility, prior to being transferred to Kamunting.

The contents of the notes cannot be independently verified but the claims include:

It is understood that a Human Rights Commission (Suhakam) team that had recently visited the camp to check on detainees, who were on hunger strike, had also received the same set of notes. 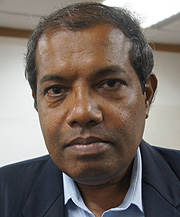 Confirming the existence of the notes, commissioner Muhamad Sha'ani Abdullah said the commission is “discussing” its contents.

“We will then decide on our next course of action,” he said.

When contacted, police spokesperson Ramli Yoosuf said the complaint has been noted.

“We are in the midst of formulating a response as this matter has to be referred to top officials first. We will provide our feedback to you as soon as possible,” he said.

Gerakan Mansuh ISA chairperson Syed Ibrahim Syed Noh, who has sighted the notes, confirmed that these were from the detainees.

“It is definitely from them,” he said.

The notes list names and detainee numbers of the alleged victims, but Malaysiakini is withholding the details in the interests of the detainees' safety. 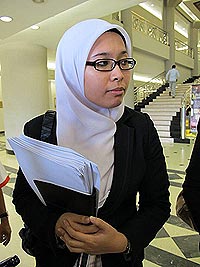 Lawyer Fadiah Nadwa Fikri said ISA detainees have confirmed that those named in the notes are currently serving out their detention orders.

Her clients, whom she had visited last month, are not listed in the notes.

However, she said her clients claimed that they had been “kicked around” in order to force them to sign confessions during the 60-day remand period at Bukit Aman.

Suhakam commissioner James Nayagam, who visited the camp with Home Ministry officials last month, said the detainees include those being held for alleged human trafficking, involvement in the Jemaah Islamiah, Darul Islam and Jemaah Santri Melayu groups, and for falsifying documents.