INTERVIEW Leading Oxford University geneticist Dr Stephen Oppenheimer is taken aback by how politically charged the research into the origins of human population is in Malaysia.

Most recently, strong reaction had arisen over media coverage of a conference on the origins of the Malay race, which marked the Orang Asli - the Senoi, Semang and the Proto-Malays - as torchbearers of the modern human race. 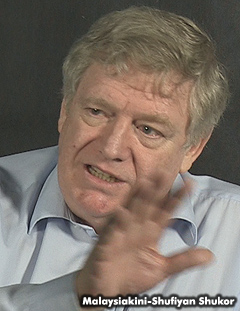 Clarifying this finding in an interview last week, Oppenheimer said the Orang Asli, particularly the Semang and the Proto-Malays are direct descendants of the first humans who stepped foot in Southeast Asia (then Sunda), and are “ancestral” for east Asia and the Americas.

“Particularly, the Semang and the Proto-Malay have lineages which are characteristic and very unique to their own populations, which clearly have a local geographic distribution. So they have been here since the original settlers...,” he said.

Sequencing random mutations in mitochondrial DNA, a type of DNA inherited only from mothers, Oppenheimer traces the origins of human population, from the first human in Africa, to the homeland of Europeans in the Arabian gulf and to homeland of east Asians in Sunda.

Oppenheimer was in Kuala Lumpur last Friday to present a paper at the Asal Usul Melayu: Induknya di Alam Melayu conference organised by the Association of Malaysian Archeologists.

He is the author of the books ‘Eden in the East’ and ‘Out of Eden’ which details his theories on human population migration. A graphic presentation of his research can be found here .

Malaysiakini: You use your research in mitochondrial DNA to trace the origins of the human population. Your theory is that there was only one single migration out of Africa.

Stephen Oppenheimer : The ancestry of all humans living today is from Africa. From looking at the mitochondrial tree, for the whole human species that is still alive today, you'll find most of the branches and roots are in Africa. When you look at the rest of the world, it belongs to one twig of the African tree.

(In order for this to happen), you will have only one exit. If you had two exits, you would have two twigs, or more twigs out of Africa. We don't. We only see one twig represented outside of Africa, the so-called L3, and its two daughter branches M and N.

In what year was that single migration? 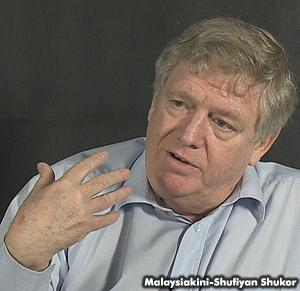 And people are very keen to date exactly when it is. One of the very important date markers which occurred during that time, between 55,000 and 85,000 years ago, was the explosion of the Toba volcano in North Sumatra.

In the book ‘Out of Eden’, I wrote about this. I suggested that the exit from Africa was before Toba on the basis on genetics. But this is still a controversial area and I think it is an open question still, whether it was before Toba or soon after, but it was somewhere around 70,000 years ago.

Where did this single group of about 250 people, who came out of Africa, go?

The South coast. They went to Djibouti... and then the south Arabian coast to the Gulf, but the Gulf was not there as the sea levels were right down. Then they went to India, Sri Lanka, and from there they went to the Bay of Bengal, and to the Malay peninsula.

Southeast Asia was different then. Instead of islands and a long thin Malay peninsula, it was a block of land... called the Sunda continent or the Sunda Shelf. 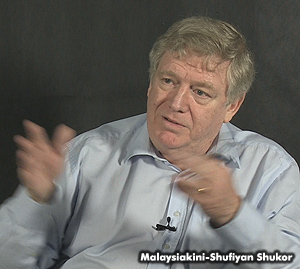 People who came out of Africa moved very rapidly towards there and you can tell (this) from the way the (mitochondrial DNA) tree is structured. They did not stay in any one place for a very long time. They moved on. They left colonies all along the route. But the vanguard moved very rapidly over a couple of thousand years, right down to Bali.

The ancestors of the three Orang Asli groups (the Senai, Semang and Proto-Malays) in the Malay peninsula arrived in the vanguard. They descended from the very first people who put foot in this region in Malaya.

The Toba eruption wiped out populations in East India but not in Sunda. What happened to the ones in Africa?

The ones in Africa were fine. The ones who settled in the Arabian gulf region were probably fine, but the east coast of India were severely hit. Because the volcano is in Sumatra and the wind was going northeast. The ash completely showered India.

It's difficult to make these estimates but 10,000 is used a lot (for the number of survivors in Sunda). A small number.

Did floods push migration out of Sunda?

If you look at the genetic record for east Asia, you'll find that for each of these melts, you will see a rapid genetic expansion. It's very tempting to think that the reason they were dispersing was because the sea was moving in.

Comparing the genetic make-up of the Malays today and the Orang Asli, would you say the latter would have a stronger link to the original settlers?

Particularly the Semang and the Proto-Malay have lineages which are characteristic and very unique to their own populations, which clearly have a local geographic distribution. So they have been here since the original settlers...

They've stayed at home on the Malay peninsula. The Malays share some Orang Asli lineages, they have some of their own unique to island Southeast Asia and about half of the Malay mitochondrial lines come from Indonesia.

And that's not a big surprise in itself, because we know even in the last couple of hundred years there have been immigrant populations - the Bugis, the Banja, the Rawa from Sumatera, the Minangkabau from Sumatra and the Jawa from Java. If you look at the genetics of these people they are characteristic of where they come from.

So the interchange between island Southeast Asia and the Malay peninsula is very strong but it is also very old. It has not just occurred during the neolithic (period but) goes back 20,000 years.

One thing for certain is that Southeast Asians are 'ancestral for' the rest of east Asia.

Yes, in a sense I think the other way to put it is that Southeast Asia is the homeland of the dispersal of the people who went north into China and right into the Americas. The Southeast Asians themselves are descendants of the original settlers.

I think that the Orang Asli are slightly different in the sense that they show evidence of being in the same place right from the start. If one is talking about the rest of Southeast Asia, including the Malays, the effect of rising waters which pushed people all around in Indonesia has meant a lot more mixing. It is within Southeast Asia.

If one takes Southeast Asia as a whole, the ancestry of the Malays and Indonesian, are just as old as the Orang Asli. Only the Orang Asli stayed put while the others moved around.

There has been a view which has dominated teaching over the past 20 years that the (original) south-east Asian (settlers) were replaced by rice farmers from Taiwan, 4,000 or so years ago, who sailed to the Philippines and Indonesia and wiped out all indigenous population there. 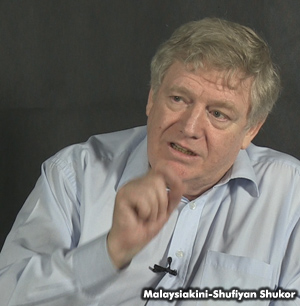 The evidence for that is very, very poor and the genetic evidence is almost zero. We did look for good evidence of migration from Taiwan towards the Philippines and Indonesia and we found two lineages amounting to 6 percent of the population but the rest had already arrived before the neolithic (period) and not from Taiwan.

The title of the conference (last Friday) refers to the ‘origins of the Malays’. Where do they come from?

About half from island Southeast Asia, about the other half mainland Southeast Asia. There are other origins which we are doing research into right now. Ultimately, they came out of Africa and their ancestors arrived here over 60,000 or more years ago.

If you ask me, a single place that they come from is the region around the Gulf, Iraq and Iran. It's the eastern part of the Middle East.

The people who went up to the Gulf moved later, only 50,000 years ago. The people who had gone to Sunda left a long time before. The movement to Europe was a delayed branch. People have got to Sunda before the ancestors of the Europeans had even left the Gulf. There were a lot of fresh water lakes, and was probably a very nice place to stay.

How do you view attempts to reconcile the scientific findings with creationism, and attempts to find Adam insofar as human migration is concerned?

In my first book ‘Eden in the East’, which spoke of the Sunda continent and the movement out to the Pacific, I spent the first half looking at what is called folklore, which includes religious stories and how the branches of that folklore have moved in Asia and Eurasia. 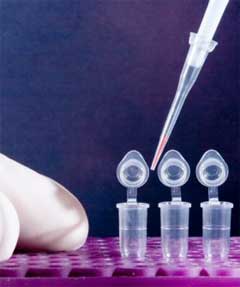 But geologically we know there were these floods. Genetically we know the effect of these floods was to get people running in all directions in their boats... The flood was actually worse in places like the Gulf, which was flat land, and Southeast Asia, again (was then) a very flat continental shelf.

A section of the Old Testament, Genesis, describes the flood and the period after the flood and the separation of population by the names of the descendants of Noah. Those names are still present in the language families in part of the old world.

For instance, the three sons of Noah - Ham, Sham and Japhet. Ham is African and one of his descendants, Kush, is also African and we have the Hamitic and Kushitic languages in Africa...

So where was Adam? When did the first human live?

If you talk about the source of all humankind, modern humans, it has to be Africa. From the biological definition, paleontologists would say all species which names start of with homo (began) 2.5 million years ago.

Homo sapiens are what you are referring to when you talk about modern humans.

That's right. Modern humans is a very closely related family. We tend to exaggerate difference between peoples... because we need to recognise people in order to behave as social animals...

But when you look at it anatomically, the differences between (those living in) different regions of the world is very small, and genetic differences are also very small.

So we are a very closely related family, and that include the Africans.

Read more from this author :
Aidila Razak
Read more like this :
#