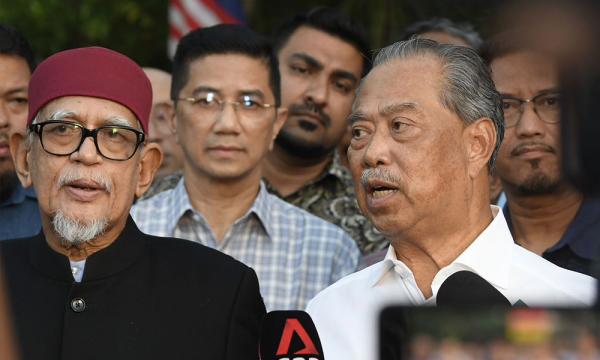 COMMENT | Patriot takes very serious offence to politicians who go against the wishes of the Yang di-Pertuan Agong in his attempt to ensure the new government can be formed in the best interest of the nation and his subjects.

In particular, Perikatan Nasional chairperson Muhyiddin Yassin's outright and public rejection of His Majesty's suggestion to work with Pakatan Harapan towards a unity government is treacherous.

He has irresponsibly set precedence and Patriot, whose members have served His Majesty as members of the nation's security forces, will not tolerate this dangerous position that Muhyiddin has taken.

At all costs, Patriot stands by our king and in this regard, we honour the position taken by Anwar Ibrahim in his wise and prudent response to His Majesty's aspirations for the nation.

We sternly remind Muhyiddin and his compatriots that had it been Harapan that behaved so recklessly like PN, Anwar would have immediately been called derhaka (traitor) and all hell would have broken loose onto the streets.

Patriot demands an immediate public apology from Muhyiddin (and the PAS president who accompanied Muhyiddin) for blurting to the media that they will not adhere to His Majesty's advice.