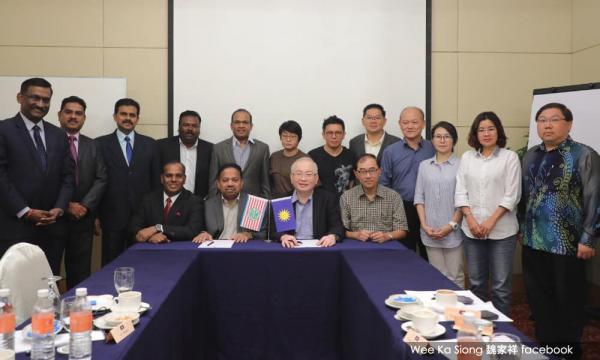 LETTER | I refer to the Malaysiakini report Annuar Musa comes to the defence of Zakir Naik.

It was clear that Annuar was trying to defend the indefensible when he said that Malaysiakini had twisted Zakir Naik's comments. I had watched the videos of Naik's speech in Kota Bharu and he clearly had run down the Chinese and Indians unnecessarily. This was further corroborated by Malaysiakini's follow-up piece.

While I can understand that Annuar was trying to burnish his Islamic credentials by coming to Zakir's defence, the larger question is why the deafening silence from the MCA and MIC on this matter?

By any measure, Annuar, as the Umno secretary-general is a senior member of the opposition coalition. That being the case, isn't silence from MCA president Wee Ka Siong and MIC president S Vigneswaran on this a sign of their agreement with Umno?

Ever since the Pakatan Harapan government had been besieged by credibility deficit following the backtracking on several key electoral pledges, parties like MCA and MIC have been trying to take advantage of public unhappiness with a view of making a comeback in the next general election.

The truth is, these two parties do not have any moral credibility. All they have done is to ride on the coattails of Umno which is fond of stoking racial-religious sentiments.

Their silence despite Annuar Musa openly trying to mislead the public over Zakir's statement is a fine example of these parties' opportunistic streak.

For over 61 years, MCA and MIC had been known to zip it to protect "big brother" Umno. It is obvious that the two political parties have not changed their ways and for this, they can kiss their resurgence goodbye.