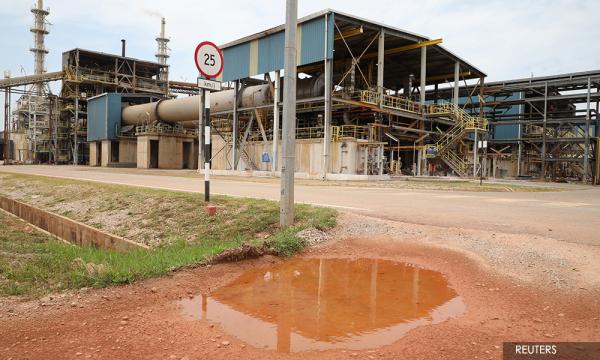 LETTER | Liberasi notes with much fatigue and express disappointment the latest empty opinion piece from eminent environmental group Sahabat Alam Malaysia (SAM) on the government’s potential decision on the Lynas Advanced Materials Plant (Lamp). SAM president, Meenakshi Raman, laments a potential six-month extension on Lamp’s operating license, even though the company has not safely disposed of its hazardous radioactive wastes, either by exporting them or by already placing them in a suitable permanent disposal facility (PDF).

Here’s where she makes her first mistake. Lynas are already working on building the PDF, for which siting procedures are being undertaken now. One can’t simply build a PDF overnight, there needs to be enough time given for proper construction to take place. Hence, the extension on the licence may help the company develop the PDF to proper specifications without hurting their business as well. It is a necessary compromise.

Meenakshi goes on to comment on Lynas’s attempts at finding methods to recycle WLP and NUF into a soil conditioner called "Condisoil" for agricultural purposes. She attempts to make a nuanced argument by stating this recycling should not be done as it can be a health hazard to consumers, can affect the export of agricultural products as foreign consumers might behave negatively towards radioactive materials used as fertiliser and local consumers relying on foreign products as they become afraid of the risks of consuming food containing radioactive material.

In response, firstly, the studies done on Condisoil yielded positive results, with radionuclide and heavy metal concentrations in the agricultural products lower than safety limits would recommend. However, improvements in the research and development methodology have been highlighted if they are to continue. In any case, there is no indication that the products grown on Condisoil fertiliser will yield negative health effects as the radioactive and heavy metal concentrations are within safety limits.

Secondly, to support her claim on overseas consumers diverting away from our agricultural products, Meenakshi uses the example of palm oil. The main problem with palm oil is deforestation which can be potentially curtailed by increasing the fertility of the soil they are already planted on. Moreover, marketing problems for palm oil or other products to overseas markets should be addressed with a factual basis. If what we sell is safe and complies with their requirements, why should we yield to baseless protests? The intellectual emancipation of the world’s masses requires educating them to be resistant against the skewed narratives brought by certain parties. Are we then to listen to anti-vaccination groups that similarly protest life-saving vaccines and spread similar mistruths? Then again, with how SAM have behaved with regards to Lynas, perhaps the problem of spreading mistruths is too close for them to see or properly address.

Thirdly, the problem of locals not buying local products due to a fear of the risks of consuming food containing radioactive material is similarly baseless. For one, I am sure Malaysians eat bananas (containing radioactive potassium-40), Brazil nuts (containing radioactive radium) and various other foods containing naturally occurring radiative material. Moreover, red meat is also classified as probably carcinogenic. Again, what is necessary is a concerted effort in educating people on how to measure risks, what safe levels of heavy metals and radioactive substances are and promoting thorough scientific literacy amongst the masses so that they properly understand what it is they are fighting for.

The SAM president, having opposed recycling Lynas wastes moves on to ask why they have been allowed to operate without having a PDF in place. Simply put, the previous government preferred the recycling option and allowed Lynas to continue using their temporary Residue Storage Facility (RSF) to store their residue to be commercialised as products later. Moreover, there are even plans to convert the RSF to a PDF. The RSF also is completely safe and has been proven to be adequate for its functions, so the paranoia of Meenakshi is unfounded yet again.

Lynas has also suggested the use of disused mines as potential sites for PDFs, which is opposed by SAM as well. For some reason, this prompted Meenakshi to talk about how the wastes can’t be regarded as naturally occurring radioactive material (Norm) but technologically enhanced as naturally occurring radioactive material (Tenorm) and how dilution of radioactive elements does not hold water. First of all, the 2014 IAEA report called Lynas wastes as Norm but this is beside the point. Whether Tenorm or Norm, the main issue to consider is how radioactive these substances are and what needs to be done to handle them. Lynas’s only radioactive residue is Water Leach Purification (WLP) residue, at 6.2 Bq/g radioactivity. This is classified as a very low level of radioactivity and has been proven to cause radiation exposures well-below dose constraints, as can be seen in the 2014 IAEA report.

Secondly, the dilution of radioactive material is a common practice. That SAM denies this proves that they are under-informed about industrial practices, thus misleading their many supporters towards unnecessary paranoia. Dilution can be paired with dispersion, which is a practice that mixes radioactive and non-radioactive material to produce a third material with low levels of radiation which is then dispersed into the environment. An example of this would have been Condisoil. Usually, a PDF is not involved in dilution and dispersion, rather it is used for concentration and containment where radioactive material is gathered in one site and contained permanently. Lynas has suggested mixing their WLP and NUF residues before permanent disposal, a method to dilute and contain, which has been used for monazite blending with mine tails.

Meenakshi then goes on to state there is no safe level of radiation, quoting the US National Academy of Sciences Biological Effects of Ionising Radiation (BEIR). Quoting the same, “The report concludes that the preponderance of information indicates that there will be some risk, even at low doses, although the risk is small”. This means small doses equates to small risks. There is no such thing as zero risks. Walking out on the pavement increases the risks of being hit by a stray bicyclist. Do we then sit at home, waiting to die just to avoid this small risk? Risks are there to be managed. If radiation involves exposure risks, we limit it. There are exposure limits purely for this reason, not just for radiation but everything, from water to sunlight. Permissible levels being many-times lower than exposure limits make them safe, not economically beneficial, but safe. It is a ridiculous statement to say otherwise.

Meenakshi then states there is no method by which radioactive waste can be safely stored. Assuming she is an expert on radioactive waste management, can she provide absolute proof on this statement? In Malaysia, Tenorm disposal for the oil and gas industry is detailed in the "Code Of Practice On Radiation Protection Relating to Technically Enhanced Naturally Occurring Radioactive Material (Tenorm) In Oil and Gas Facilities", page 30, where such storage facilities are included. There are many such disposal sites for low-level radioactive wastes throughout the world as well. The IAEA has a whole section for radioactive waste disposal here including accounting for long timelines for which they must remain sealed. Hence, Meenakshi is simply repeating talking points tinged with a lack of understanding when it comes to radiation protection.

Having exhausted herself, Meenakshi then compares Lynas and the Asian Rare Earths incident, which have many, many times been proven to be very different from each other. She goes on to ask if Lynas has the means to even build and maintain the PDF in question. A company with net profits of over A$50 million and assets of over A$700 million, mind you. I leave that to the imagination of the reader. Moreover, since the radioactive material is low level, one can say that the PDF in question would not be so challenging to build even.

It is even stranger that Meenakshi asks of the shifting of some of the rare-earths operations to Australia but does not even know which stage of production is to be moved. It is common knowledge that the stage is cracking and leaching, which produces the radioactive WLP residue. How does SAM not know this? Granted the details of the plan have not been given, probably because the plan itself is in its early stages, but the basic principle is to move this stage so that the WLP produced stays in Australia. She also asks how we would know no radioactive material is in what is shipped to Malaysia. Why would anyone ship WLP, a residue, to Malaysia where there is no end-use, just to be saddled with regulation after regulation? Another ridiculous assertion.

She then questions whether six months is enough to find a permanent disposal facility, get the approval of federal and state government and the agreement of the residents in the area, get the Environment Impact Assessment and Radiological Impact Assessment done and approved and build the facility and transfer the accumulated wastes. Liberasi contends this is difficult to answer as no one knows without trying to build a PDF first. However, in the six months, siting of the facility, writing in a proposal for approval of the governments involved, consultation with the public, working on amendments proposed by the government bodies and getting the EIA and RIA done is not a tall order. If Lynas were to have done this with the agreement of a timeline for transferring all their residues to the PDF, it would suffice. Given, of course, the cohort of SAM and their pseudo-environmental NGOs do not complicate matters by inciting the public on misleading analysis.

With all of this in mind, the government should not listen to the likes of SAM when they ask for Lynas operations to be stopped on Sept 2 as there is no compelling reason to. Further, the assertion that the government should require Lynas to export its accumulated radioactive waste out of the country is unnecessary as the PDF recommendation has been agreed upon.

The biggest blunder of them all comes at the end when SAM states, “The government should not welcome the entry of any new companies or new operations that are linked to rare earths or that generate radioactive and other hazardous wastes, especially if these have been disallowed from operating in their countries of origin”. I welcome them to reject electric vehicles, solar panels, wind turbines and any electronic products whatsoever if they are serious about this statement. But of course, they aren’t, all of this is just to show that SAM is the champion of the people. Please, learn about the industries in question, get some basic knowledge on scientific matters and don’t simply fight for the sake of fighting. It gives environmentalists a bad name.

The writer is chief coordinator at Liberasi.