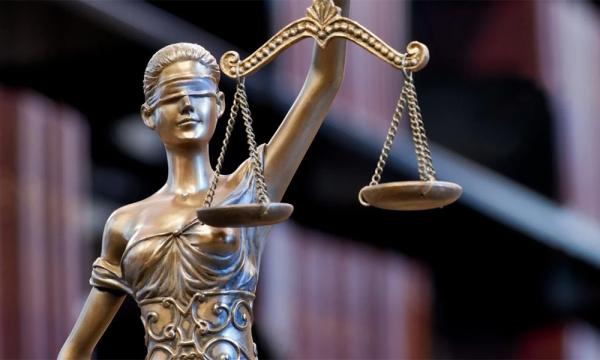 LETTER | I have been constrained to resort to an open letter to you as your staff at the MBF headquarters at Menara MBF, Jalan Sultan Ismail, Kuala Lumpur refused to accept this letter when it was sent to them by hand on May 27. Subsequently, I tried to post it to you via registered post but the letter was returned to me a few weeks later by Pos Malaysia.

We really need your assistance to resolve a long-standing labour issue in Padang Meha Estate in Padang Serai, Kedah. I hope you will spare a little time to read this letter.

The problem began in 1994 when the East Asiatic Company sold 5,000 acres of plantation land to MBF Holdings Berhad. A total of 460 workers were retrenched. Slightly more than half of them accepted the retrenchment benefits of 20 days of wages per year of service as mandated by the Employment Act and vacated their quarters. However, as this only came to about RM8,000 for a worker with 20 years of service, and since they were not only losing their jobs but also their homes as well, the remaining 207 workers said that they were not moving out until they got better compensation.

MBF Holdings had registered the land it had bought from East Asiatic under MBF Country Homes & Resort Sdn Bhd (later renamed as Alamanda Development Sdn Bhd), a fully-owned subsidiary of MBF, to develop the land into a new township. Alamanda initiated eviction proceedings but the Alor Setar High Court ruled in favour of the workers. Alamanda then negotiated a settlement with the workers and promised to:

a. pay an extra RM200 per year of service in addition to the retrenchment benefits mandated by law;

c. Allow the workers to continue staying in their current estate houses until the construction of the alternative houses was completed.

This was in 1997. However, despite some meetings with the local Land Office during which the issue of an alternative housing scheme was discussed, the compensation was not executed. (Appendix One: Copy of settlement agreement between MBF and a former worker).

Around the same time, MBf took East Asiatic to court for not handing over vacant possession of the estate to MBF. This was settled via a payment of RM7.055 million to MBF – RM3.6 million as damages for non-delivery of vacant possession and the remainder for retrenchment benefits and a re-allocation grant to be paid to the ex-workers. East Asiatic handed over a list of all 207 workers with the amounts due to each of them. (Appendix Two: Letter from the liquidator to MBF Holdings).

However, there was no progress at all in the construction of the low-cost houses for the workers. So in 2003 (six years later), the workers took Alamanda to court. The court proceeding started in August 2003 with the help of CAP lawyers, Tetuan Meena Raman & Partners and the workers won again – the court agreed that the ex-workers should be awarded an additional RM22,500 (in addition to the retrenchment benefits and the ex gratia) as Alamanda had failed to provide low-cost houses at half-price. (Appendix Three: Copy of court order, with the list of the 207 workers to be compensated with the amounts for each worker).

But then Alamanda applied for voluntary winding up in 2005 and two liquidators (Mustapha Raj and Jeyaraj Ratnasamy) were appointed. The workers were told that they would have to wait until the assets of Alamanda were sold before they could be given the compensation due to them from Alamanda. Neither the workers nor their lawyers were invited to the several meetings that the liquidators called with the other creditors. The unsold portions of the estate land were subsequently transferred to MBF or Vintage Developers Sdn Bhd, another fully-owned subsidiary of MBf Holdings, but the obligations to the ex-workers remained parked under Alamanda.

The ex-workers sent many letters to various parties to solve this long-festering issue. Some groups, both from the government and the opposition, intervened to try and settle the problem but there was no progress. Finally, in 2016, the ex-workers decided to take the matter to the court again. They engaged law firm Hakem Arabi, which agreed to represent them pro bono. A case was filed against six parties – the two liquidators, Alamanda Development Sdn Bhd, MBf Holdings Berhad, MBf Equities Sdn Bhd and Vintage Developers Sdn Bhd.

The lawyers for the liquidators said that they were prepared to pay the ex-workers a total sum of RM1.03 million immediately with a promise that an additional RM0.64 million would also be paid if funds could be mobilised from the liquidation of remaining Alamanda assets. This was recorded as a consent agreement between the workers and the liquidators in April 2018. (Appendix Four: Consent order with liquidators.)

The lawyers for MBF Holdings and its subsidiaries argued that the case against them should be thrown out as the six-year limitation period had long passed. The lawyers for the workers, Hakem Arabi, discovered from the documents filed by the liquidators that East Asiatic Company Berhad had paid RM7.06 million to MBF Holdings in 1995 to help defray the costs of compensating the former workers. MBF’s lawyers argued that the entire sum of RM3.3 million for the ex-workers had been passed to Alamanda. However, this assertion was contested by the liquidators who presented documents that established that Alamanda did not receive the RM3.359 million. (Appendix Two)

Hakem Arabi further argued the payment of RM3.359 million to MBF by the East Asiatic Company in 1995 had created a “trust” in favour of the former workers and that the six-year limitation rule for contracts did not cover trusts. The Kuala Lumpur High Court judge was sympathetic but ruled that he was not convinced that a “trust” had indeed been created in favour of the former workers and he dismissed the plaintiff’s claims and allowed MBF’s counter-claim against the workers that they should vacate their estate quarters within two years from the date of the judgement.

Hakem Arabi appealed to the Court of Appeal. There, the judges ruled that a trust had indeed been created and that the RM3.359 million should be paid to the workers. This will work out to RM16,306 per worker when divided 206 ways. The appeals court also ruled that the workers should vacate their quarters within six months of receiving the cash compensation. (Appendix Five - Appeals Court judgement).

Many of the workers were unhappy that the quantum of compensation was much lower than the RM22,500 that Alor Setar High Court ordered in 2011. They are also unhappy that there was no order as to interest on the RM3.359 million although it had been held by MBF for more than 20 years.

Although the Appeals Court had given the workers six months from the settlement of their compensation to vacate their premises (around 70 of them are still staying in the old labour lines), Vintage Developers Sdn Bhd got the Kedah Water Board to cut off water supply barely five days after the Appeals Court judgement. The affected workers have since managed to reconnect the water. Barely a week later, the electricity sub-station burnt down plunging all the houses into darkness. The workers have got a contractor to reconnect supplies and have made police reports asking the authorities to rule out arson.

This, then, is the situation.

I believe this issue can be resolved fairly easily. MBF and Vintage Developers Sdn Bhd now own several hundred acres of the former estate land. If a 35-acre plot of land could be transferred to the workers, the workers can negotiate with the state or federal government for a low-cost housing scheme for them to rent-to-own. However Vintage and MBF are not prepared to even consider this option.

This is why I am writing to you. We need your intervention to resolve a long-festering problem. The 200 or so families who will benefit are all families of former estate workers, and they are part of the bottom quintile of the Malaysian population. A resolution of their housing problems will be a great help to them and would free financial resources for them to better educate their children and grandchildren. MBF and Vintage have several hundred acres of former estate land in their possession – so setting aside 35 acres for this purpose is doable. But I think this will require your intervention.

I know that you were not the owner of MBF from 1994 to 1997 and not responsible for what happened then. However, as the current owner of MBF, you are in a position to resolve the issue in a fair manner. I really hope you will look into this matter. I can send you the appendices mentioned in this letter if you would like to see them and am prepared to help out in whichever way I can. I can be contacted via my handphone number +6019 5616807 or through e-mail [email protected]

The writer is chairperson, PSM.