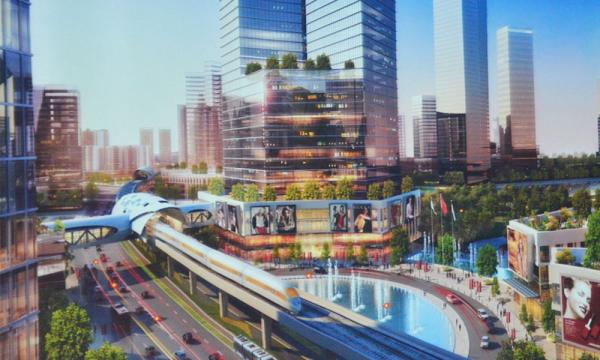 From Our Readers
Don't condemn Penang transport plan without understanding
Joshua Woo
Published:  May 17, 2019 6:05 AM
⋅
Updated: 6:05 AM
ADS

LETTER | Earlier this week I was in a working group organized by the Penang Green Council on the topic on sustainable mobility and connectivity. The objective of the group is to prepare an official recommendation to the state authorities.

As part of the deliberation, we interacted consecutively with three experts on transportation. All three were academically qualified and experienced experts in the field. All three had different views on the Penang Transport Master Plan (PTMP).

The first was of the view that Penang needed a good hierarchy of transport system, with the Light Rail Transit (LRT) given top priority. The second expert dismisses the LRT and recommended on-ground tram. The third expert promoted the Bus Rapid Transit (BRT) system.

This should not surprise anyone as it is common for experts to disagree among themselves. One just needs to read enough doctoral theses to know that it is necessary for each expert to outsmart every other expert.

This is not to deny scholarly consensus but pointing out the nature of the academia that is driven by the prestige of originality.

A recent comment by a transport consultant added another take on the PTMP, saying that Penang should look to Singapore not KL for a model.

The consultant questioned PTMP for its multidimensional approach that includes the building of an inter-modal public transport system and the construction of a traffic dispersal network. With all his tirade against the latter, it seems that his alternative plan for PTMP is to stop building roads.

This is very odd as not one city with a good public transport system has stopped building roads. Hong Kong with more than 90 percent of public transport usage still continues to build roads to improve traffic dispersal network.

Yet, when Penang plans its own traffic dispersal network, the consultant condemned it.

It is a pseudo-conflict to pit the building of public transport versus the construction of a traffic network. If we look at cities like Hong Kong and Singapore, it is not about ‘to build or not to build roads?’, but ‘where to build roads to disperse the traffic?’

The suggestion for congestion charges in Penang is premature as such policy can only be implemented when there exists a good public transport system.

When Singapore started their congestion charges, there was already a widely used public transport system in place (begun with all-bus system before transformed into bus-rail system from 1970s to 1980s).

The consultant seems to imply that the PTMP is planned “relying solely on politicians” and hence lacks expertise. Again, if he actually studied the PTMP documents during the public display, he would have known that the team of experts behind PTMP comprising individuals with doctorates in relevant fields and technical consultancy with a track record of hundreds of projects.

It is not surprising to see experts having different views on PTMP. What is surprising is for an expert to condemn a plan without demonstrating detailed knowledge about it.

Joshua Woo was a member of the traffic management committee and urban planning committee of Seberang Perai Municipal Council, Penang.