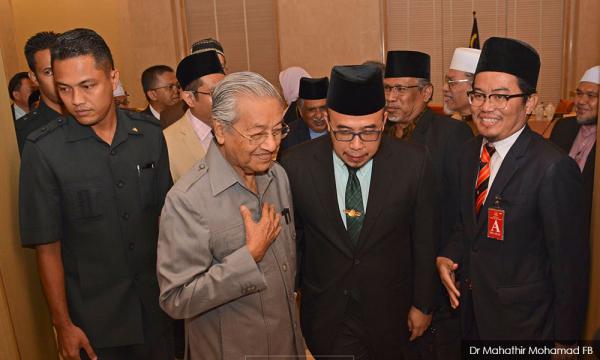 LETTER | I do not know who is deaf and who is not. But as a citizen of this country, I would certainly like to know the truth. I am referring to the spat between Perlis mufti Mohd Asri Zainul Abidin and Prime Minister Dr Mahathir Mohamad on arguments of who has done more for the Malays and Muslims in this country.

I think it is pointless to argue in general terms. When there are accusations of Pakatan Harapan leaders in the government bullying the Malays and Muslims, they had better be specific and definite. Otherwise, this may cause lots of provocation and discord.

In what specific ways have the Muslim faith been insulted or degraded? Who has committed these insults? Was it a concerted effort by an organised group or was it sporadic occurrences perpetrated by some random individuals?

Now, apply the same principle on non-Muslims and non-Malays. Did the Harapan government make any extra efforts to promote other religions over Islam? Do non-Malays now enjoy more rights? If so, was this at the expense of the Malays?

Does the government assist non-Malays more than the Malays? Did the non-Malays sabotage, hinder or protest the resuscitation and recovery of Malay institutions maimed due to past transgressions?

Did the authorities show leniency on non-Malays and non-Muslims when they were caught insulting Malays and Islam? If so, are they specific examples?

I believe no one would dare or want to bully, insult or belittle the Malays or Muslims. It does not make logical sense. If there is any yearning, I think most non-Malays would wish for a more understanding and magnanimous community.