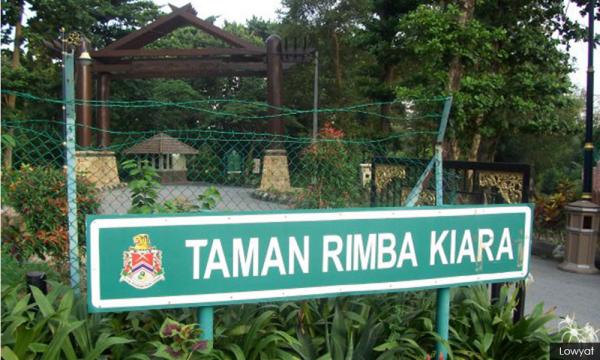 We wish to address several points raised by the YWP CEO.

We have lived in the longhouses for decades and we know the surrounding area well. YWP's development plans definitely encroach into the existing Taman Rimba Kiara area.

Our question is why YWP needs to use up more than six acres to build so many luxury condominiums, and then place us separately on a one-acre plot inside Taman Rimba Kiara?

Why can't we be part of an integrated development on the existing four acres of the longhouse area? Isn't that a better solution for the longhouse community?

The YWP CEO claims that Pertubuhan Penduduk Perumahan Awam Bukit Kiara (of which V Sunderam is chairperson) is the only recognised RA for the longhouses. He has a short memory.

He forgets that in 2009, when Raja Nong Chik was the Federal Territories minister, YWP entered into an agreement with our RA and a developer called Damai Kiaramas for the resettlement of the longhouse community.

The CEO of YWP at that time was Roslan Hassan and Zaizalnizam worked for him.

This agreement was cancelled by Tengku Adnan Tengku Mansor (below) when he took over as FT minister after GE 13.

Zaizalnizam conveniently avoids acknowledging that YWP fully recognised and entered into an agreement with our RA in the past.

Ministers and CEOs may continue changing, but we have lived here in the longhouses for decades and we know how many promises have been made by the FT ministry, DBKL (Kuala Lumpur City Hall) and YWP, as well as the history of what has and has not been done over the years.

The YWP CEO claims that Sunderam's RA held their AGM on March 31, 2019, 'with full attendance' from the longhouse community. Zaizalnizam has been misinformed.

There are approximately 500 residents in the longhouse area. Sunderam's RA refuses membership for a majority of the longhouse residents. Only fourty residents were allowed into the AGM. Another 60 were denied participation in the AGM.

The AGM was poorly attended and badly handled. A total of 20 people (out of 500 longhouse residents) voted for Sunderam to continue as chairperson at the AGM. Is this truly representative of the longhouse community?

The YWP CEO disrespects the larger community of 500 residents that live in the Bukit Kiara longhouses.

Many of our members are the current breadwinners of the longhouse families and we are the ones who have to pay the rent to DBKL every month for the wooden longhouses that our families live in.

As and when our families actually move to whatever permanent housing that is given, we are the ones who will have to pay for the service charges and maintenance charges for the apartment units.

We are entitled to have a voice in what is happening and the YWP CEO is living in denial if he thinks that he can just ignore our views.

5. What happened to the joint working committee?

The YWP CEO should take a leaf from the wisdom of FT Minister Khalid Samad and Segambut MP Hannah Yeoh, who have included our RA, Sunderam's RA and the Rukun Tetangga Rumah Panjang in the joint working committee to resolve the Taman Rimba Kiara matter.

Both Khalid and Hannah in their wisdom have recognised that broader consensus among the affected communities is required to ensure this rehousing exercise is implemented properly.

The joint working committee is the appropriate way to achieve a mutual resolution to the matter because the longhouse community is more broadly represented there.

But, there has been only one meeting so far. Is YWP afraid of participating in a mutual resolution process?

The developer, Malton, gave a contribution of RM700,000 to Sunderam's RA for repair works on the longhouses.

If the YWP CEO continues to insist that such money was spent, we invite him to visit the longhouses and show us in detail, where and how the money was spent.

We will invite our friendly engineers from TTDI to help verify all those expenses.