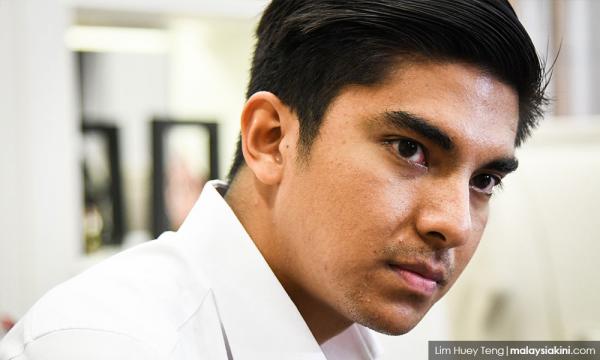 So what if Syed Saddiq is young?

LETTER | It is not surprising that any journalist, be it in sports or politics, and even entertainment media practitioners would not hesitate to take a jab at Youth and Sports Minister Syed Saddiq Syed Abdul Rahman these days.

Just a mere mention of his name in the headline and voila, you have an easy click bait that would attract thousands of readers within a short period of time.

When Prime Minister Dr Mahathir Mohamad appointed Syed Saddiq into the Cabinet, he took a risk so big that some even said it was a gamble.

Appointing a guy who barely had any working experience set tongues wagging, but it was also a bold move that broke away from the traditional societal belief that only the elders could rule the masses.

Solving a 60-year-old systemic problem requires fresh minds and Syed Saddiq, among others, was brought into the upper echelon of the country’s highest decision-makers to provide views from his generation.

For a record-breaking politician, he surely divides opinions.

Like a lightning rod, he’s been zapped with criticism and skepticism from the first day he took office as a minister. But he took all that in his stride and nonchalantly marches on, proving his critics wrong on a daily basis.

Among the policies and achievements the young minister introduced or already in the pipeline includes lowering the voting age from 21 to 18, redefining the age of youth, Malaysian Future Leaders School, Technical and Vocational Education and Training (TVET) Industry 4.0 reforms, Yellow Ribbon Campaign to provide second chance to former prisoners, health and insurance plan for athletes, public-private partnership in sports sponsorships, esports development in Malaysia, performance-based incentives for national athletes, and increase in sports infrastructures in rural and high-risk areas.

The award-winning minister is also a firm believer of media freedom and the right to voice out one’s opinion, even at the expense of his social media being flooded with thousands of unsavoury comments on any given day.

By far, he is the "noisiest" politician in Malaysia who speaks up whenever there are problems cropping up in the country.

He once spoke up against political patronage during his party general assembly. He even crossed swords with one of his party’s vice-presidents and division chiefs in championing for proper procurement in the new Malaysia.

In fact, his voice has been heard throughout the South-East Asia region and received recognition even in the UK when he spoke out against the Zionist regime when he banned Israeli athletes from competing in a Malaysian sporting tournament.

Undeniably, he is not (and far from) perfect; but for every person that criticises him, you can find an equal number of people thanking him and praising him for his unconventional methods in resolving issues and reaching out to his constituents, namely the youths and the sporting communities.

His extensive use of social media has been instrumental in building bridges between the government and the people.

For once, young Malaysians have a spokesperson who actually brings up grassroot issues and wishes to cabinet meetings whenever the need arises.

Let us not be too judgmental and blinded by political allegiances that we prematurely discredit a democratically elected representative who is trying his best to rebuild his beloved country.