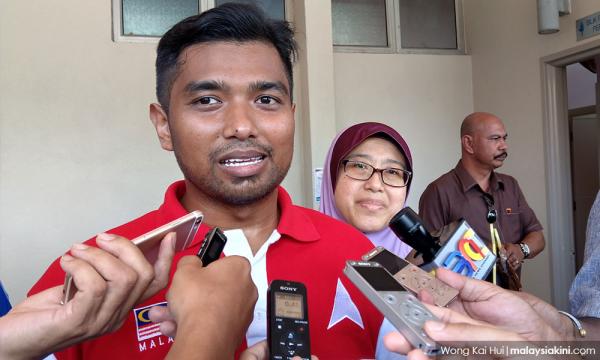 Four reasons why Semenyih voters should reject Harapan on March 2

LETTER | This write up is in response to Lim Kit Siang’s article published in Malaysiakini on Feb 25 titled "Three reasons why Semenyih voters should choose Harapan on March 2.

With due respect Lim, your reasons are nothing but justifications for Pakatan Harapan’s shortfalls and broken promises presented on a silver platter to disguise the farce that the ruling government has become.

In no particular order and priority as I find them equally important, allow me to append the following on why Semenyih voters should not vote PH come March 2.

While it cannot be denied that many who voted for Harapan in the 14th general election (GE14) did not read the manifesto and hence their decision is not based on pledges in the Buku Harapan, it also does not negate the fact that the manifesto is indeed an important piece of document.

Though not legally binding, the manifesto serves as a written pledge and commitment to the rakyat and essentially forms the basis of the existence of the government. It also outlines the direction the country will take until the next GE.

How the Harapan government has reneged on its manifesto is well documented so perhaps there is no necessity to repeat them here.

For this, Semenyih voters must not vote Harapan.

You, and by extension the Harapan government, emphasize the extreme position of a former Umno minister who questioned the appointment of non-Malay and non-Muslims as the finance minister, attorney-general, and chief justice.

While any reasonable Malaysian will have no argument and in fact support you on this particular matter, we are also wondering what meaningful steps has the Harapan government taken to discredit race and religious bigotry that is threatening to bring the nation down to its knee?

Instead, we see various ministers deliberately bringing up issues like the LGBTQ issue into the public domain without any valid reasons, let alone provide solutions. Instead of national reconciliation, this further divides the rakyat and causes untold hardship to those directly involved.

What, pray tell, was the objective of the government in stirring the hornet’s nest without providing any meaningful solution?

For this, Semenyih voters must not vote Harapan.

Your ongoing diatribe on former premier Najib Abdul Razak is fast becoming not just tiresome but stale like a piece of mouldy bread, living out its last days on a shelf.

Your allies’ endless efforts in demonizing Najib and calling him ‘irrelevant’, coupled with your utmost dedication in spending much time and focus on Najib is nothing short of mind-boggling and a classic example of a great contradiction.

Seriously, why does one spend so much time on someone or something deemed fallen and irrelevant? Have you simply run out of ideas or are you trying to engineer new perceptions?

While you ask Malaysians to be patient for justice to be served, there has been nothing new to solidify that fast diminishing hope, and truly, Malaysians cannot be faulted for losing hope, given the daily dose of shenanigans surrounding Harapan’s component parties.

While it cannot be denied that legal processes are complicated and take time, the rakyat cannot help but feel that elected representatives and lawmakers could better spend their time on nation building activities than going on and on about something that’s best left to the judiciary. You seem to have lost the balance here.

For this, Semenyih must not vote Harapan.

Sadly, and unfortunately, the name of an amphibian has taken on a brand new meaning no thanks to Malaysian politics. BN started it and Harapan glamorizes it.

Overnight, it has become a noun, a verb and an adjective. How could you then claim you are better than BN?

You claim this is necessary to initiate reforms. While I cannot be certain which reform you are referring to, it is clear that two-thirds majority is only required for amendment of the Federal Constitution. There are many reforms that could have been initiated without any amendment to the constitution.

In other words, only reforms that require an amendment to the Federal Constitution requires a two-thirds majority to materialise. Local council elections would have been a good example. Could you, or the Harapan government put that out in a concise manner to the public?

Besides, defection is a crystal clear betrayal of the rakyat’s trust and mandate. There is no reason good enough for this betrayal. Power should be obtained through elections, not defections.

For this, Semenyih must not vote Harapan.

I can go on and on but perhaps it is not necessary.

I’m just going to end by saying… Semenyih, do not vote for Harapan, nor BN. The big picture promised is just the same picture. Start looking at other pictures.