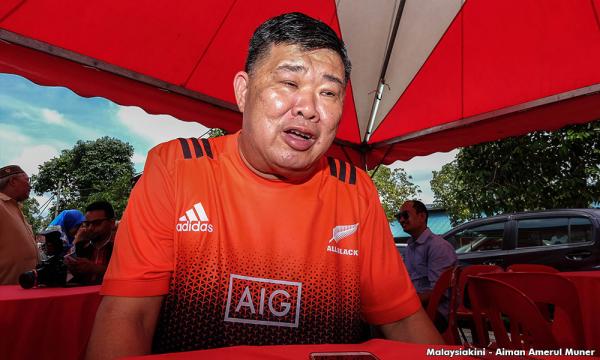 If I were a Semenyih voter, I'd vote Uncle Kentang

LETTER | Kuan Chee Heng, better known as Uncle Kentang, recently announced his intention to contest in the upcoming Semenyih by-election. I feel he has a good chance to win the seat.

His work in social welfare has moulded him to be a people’s leader in the making.

It’s time for Semenyih voters to seriously think about electing an independent candidate like Uncle Kentang.

If we can entrust a new political coalition with inexperienced leaders to lead us in rebuilding the nation, why don't Semenyih voters give Uncle Kentang, a prominent non-political figure, a chance to lead them in working for the betterment of the people?

The time has come for Malaysian voters, beginning with the Semenyih people, to set a new trend of electing non-political individuals like Uncle Kentang in general elections or by-elections.

As many of us are now bemoaning the “deficit of trust” in Pakatan Harapan leaders, at the same time refusing to re-instate BN in power, the best way for us to create a new political culture is to elect candidates free from political ties.

Uncle Kentang can be a loud “voice of Semenyih” in the Selangor Legislative Assembly, especially in matters of social welfare and distribution of economic resources.

His offer to be the representative of the people of Semenyih should be applauded and supported.

Hopefully, Uncle Kentang’s entrance into Selangor politics won’t be thwarted by invisible hands persuading him to join a political party of either political coalition.

To Uncle Kentang, best of luck to you!#UncleKentangForSemenyih!