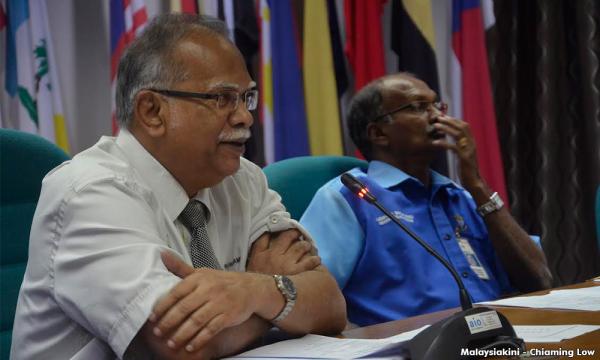 From Our Readers
Hindu Endowment Board not aimed at taking over temples, but protecting them
P Ramasamy
Published:  May 27, 2018 4:40 AM
⋅
Updated: 4:43 AM
ADS

LETTER | It was reported yesterday that the objective of setting up the Hindu Endowment Board (HEB) in all states with a sizeable Hindu population is to manage all Hindu temples.

This is not an accurate picture. Let us be clear that the objective of setting up the HEB at the national level is merely to ensure that interests and concerns of the Hindu community are protected and advanced, and not to forcibly take over temples and properties.

It is not the aim of the HEB to take over all the existing temples to manage them.

As a government agency, HEB will protect the existing temples, resolve temple-related problems, take over Hindu properties that have been abandoned, and most importantly work out mechanisms for the advancement of the socioeconomic interest of Hindus in general.

The objective of setting up the HEB in all the states is an important item in the Pakatan Harapan manifesto for the Indian community.

Right now, I have been assigned with other elected representatives to look into the question of implementation of the HEB, the administrative and legal steps that need to be taken.

It will take some time before the HEB can be established in the various states and most importantly the legal aspect of establishing the board must be looked into.

Since the Federal Constitution does not allow the formation of HEB at the state level, then there could be necessity to see whether one legislation could be passed – as in the case of Singapore, to allow for the function of Hindu board at the state levels.

With Harapan in power, I don't see any problem in the establishment of the HEB in the country, a long awaited objective, but concrete work must be done to see full implementation.

During the British colonial period, three Hindu boards were set up in Singapore, Malacca and Penang, to ensure that properties endowed by the public or the government were well managed and regulated.

After independence, Singapore went on to bring about the Hindu Endowments Act whereas in Malacca, the board ceased to exist, although no reason could be established.

Only in Penang was the HEB was allowed to survive, but was largely dormant under the BN government, only to be revived by the Harapan government in the last ten years or so.

In Penang, the HEB is an active player in the lives of the Hindus and the Indian community. Right now it manages about 12 temples, burial grounds and Hindu related properties. It has assets over millions of ringgit.

Every year the Penang government provides an annual grant of RM1.5 million that enables the HEB to assume ownership of temples and burial grounds that have been mismanaged or abandoned.

The board is an administrative body, it looks after its own temples through temple committees, takes care of burial grounds, provides annual education grants for Indian children going to colleges and universities and not the least provides welfare assistance for needy Indians.

Because the HEB has done remarkably well in Penang, there is an urgent imperative for the HEB to be established in other states as well. The board functions as a government agency entrusted with the task of protecting and advancing Hindu properties, resuscitating temples that have been abandoned or mismanaged and more than this serves to financially assist the Indian community on education and social matters.

It is not the aim of the board to take over temples. There has been some misrepresentation of the functions of the board by some individuals who want to settle old scores with some temple managements in the country who were closely aligned with the BN government.

The board will serves to protect existing temples, work closely with existing temple committees, and more importantly find ways and means to advance the religious, social and economic interests of Hindu or Indians in the country.

Lastly the establishment of the HEB in the country cannot be misconstrued by some to settle old scores with some temple committees in the country. Once established, the HEB will act within the ambit of the laws of the country without fear for favour, to serves and advance the larger interests of Hindus in the county.