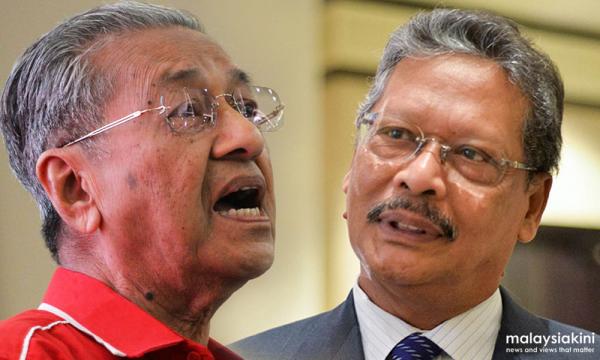 Rule of law is not arbitrary rule

LETTER | The new Pakatan Harapan government claims to be serious about implementing the rule of law in this country without fear or favour instead of the arbitrary application of the law which we have witnessed for the past 61 years. However, against this principle, some of the recent changes in government institutions and actions by the new administration are cause for concern.

1. The attorney-general must be truly independent

First, it has been reported that Lim Guan Eng’s lawyer plans to make representations to the new attorney-general for the corruption charges against him to be dropped or changed. After the shenanigans associated with the last “BN-friendly” attorney-general that we are presently beholding, I’m surprised the new Harapan government would want to be seen to be doing the same with a “Harapan-friendly” AG.

Now, if we are not to slide into banana republicanism instead of upholding the rule of law as claimed by the new prime minister, the new attorney-general should not only be strictly independent but must be seen to be independent and not an instrument of the ruling party. The Malaysian people did not sack the old regime to put in place the same old same old.

People have a sense of justice. We do not tolerate double standards and the attorney-general has to be scrupulously neutral if he/she is not to be accused of partiality. Rule of law implies that every person is subject to the law and that includes the powerful and the well-connected. When the attorney-general’s chambers is abused for political ends, we will no longer have faith in the rule of law.

Once the system is not seen to be fair, people will lose faith in the legal system in this country and we will have anarchy. It is the rule of law applied without fear or favour that protects individuals, and society as a whole, from arbitrary measures and safeguards personal liberties.

2. What are the terms of reference of the Council of Eminent Persons (CEP)?

Then we had a ‘council of elders’ thrust upon us with unknown terms of reference and without constitutional precedence. Before further statements and actions are taken by the CEP, Malaysians want answers to important questions:

(i) Is this council merely an advisory function to the cabinet or just to the prime minister?

(ii) Was the chairperson of this council elected by the council or appointed by the prime minister?

(iii) Is its sell-by date 100 days or is that just Daim Zainuddin’s own agenda that he recently announced?

(iv) Will a council place be reserved for Dr Mahathir Mohamad when he hands over the prime ministership to Anwar Ibrahim?

This is why the specific terms of reference for the council of elders must be clear for all to see. Now, if this council is merely an advisory role, why did Anwar Ibrahim warn us to be wary of Daim in a recent interview:

“… people are also expressing deep consternation that he has been unable to explain some major problems in the past […] People say there’s no need to bring old baggage, which is true, but to me, if you want to talk about democratic accountability, it must not stop at (former prime minister) Najib (Abdul Razak).”

Many of our laws have a rider that allows the minister to have the final say on the interpretation of the law. Other laws such as the Petroleum Development Act 1974 gives inordinate power to the prime minister as pointed out by former UN special rapporteur on the independence of judges and lawyers, Param Cumaraswamy:

“Section 3 of the Petroleum Development Act 1974 empowers the prime minister to direct the board of Petronas as he deemed fit. Such directions are binding on the board notwithstanding any written law to the contrary.” (Foreword to ‘Racism & Racial Discrimination in Malaysia’ by Kua Kia Soong, Suaram 2015: xii)

Such prerogative powers should not be in the hands of ministers and the prime minister if we truly believe in the rule of law and work should start to clean up all such laws to ensure they are “people-friendly”.

Want of transparency, accountability and good governance in public administration and government-linked corporations has brought the system of governance into an appalling state. The blatant abuse of power resulting in misuse of public funds with impunity led to the fall of the old regime.